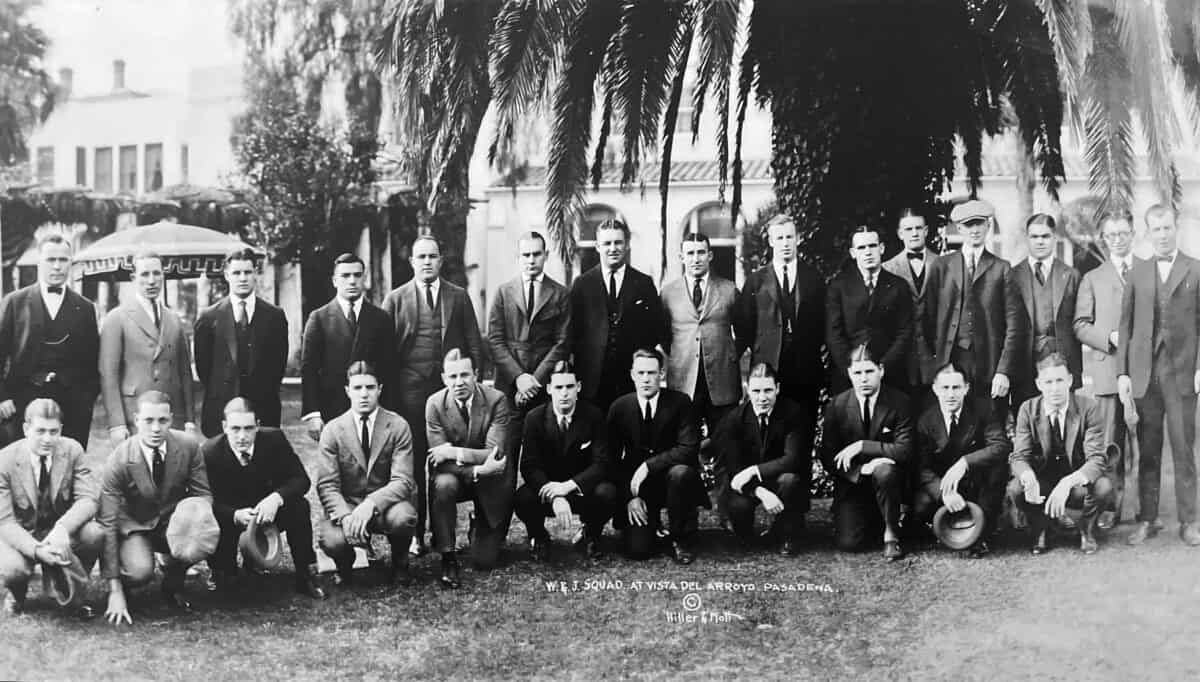 “The Rose Bowl Game is not only part of W&J’s storied athletic tradition, it represents determination and the strong commitment to leadership for which W&J is known,” said Dr. John C. Knapp, Washington & Jefferson College President. “The Game, and Dr. West’s unprecedented appearance in this historic event, are still an inspiration to our community.”

Coached by Earle “Greasy” Neale, an athlete in his own right— he was an outfielder for the Cincinnati Redlegs when they played in the 1919 World Series—and led on the field by West, W&J fought the University of California Golden Bears to a historic tie. It remains the only scoreless tie in Rose Bowl Game history.

Following his football career with W&J College, West – a multi-sport, athletics hall-of-famer – was named to the 1924 U.S. Olympic track and field team, though injury prevented his participation. He signed with the Akron Pros professional football team in 1924, but opted to attend Howard University Medical School in Washington, D.C. instead.

Dr. West practiced medicine in Alexandria, Virginia for 50 years and was recognized and awarded for his community service by the Alexandria Urban League, the Howard University Medical Alumni Association, and others. W&J honored him with a Distinguished Alumni Service Award in 1979. In September 2021, The Pennsylvania Historical and Museum Commission (PHMC) and W&J together dedicated a Pennsylvania State Marker honoring West on W&J’s campus.

West, as well as Team Captain Russ Stein, went on to be inducted into the Rose Bowl Hall of Fame, Stein in 1991 and West in 2018.

W&J had the best college football team on the east coast, coming off an undefeated 1921 season, when the Tournament of Roses Association unanimously voted to invite the school to play in the 1922 Rose Bowl. The Bowl game posed a significant challenge: W&J’s opponent, the University of California Golden Bears, was arguably the best college football team on the west coast and was still riding the high after topping The Ohio State University in the 1921 Rose Bowl Game.

Making W&J’s appearance in the 1922 Rose Bowl Game all the more improbable is that with just 450 students at the time, the College is the smallest school to ever play in a Rose Bowl Game. W&J played with a team of only 11 men who stayed on the field the entire game, playing both offense and defense.

As the Ohio State Buckeyes and the Utah Utes take the field at the Rose Bowl Game presented by Capital One Venture X this January 2022, W&J will celebrate its own connection to the event with a series of alumni events in Pasadena, Calif.

More information about Dr. Charles West, and about W&J’s connection to the Rose Bowl Game, can be found on the W&J website at W&J and the 1922 Rose Bowl.

John Luckhardt, who served as head coach at Washington & Jefferson College from 1982-98, was announced Monday as one of 21 inductees in the 2022...

During the 2018 Tournament of Roses, Washington & Jefferson College celebrated its historic 1922 appearance and the induction of Dr. Charles “Pruner” West ’24 into...