John C. Knapp, Ph.D., is the 13th president of Washington & Jefferson College, one of America’s oldest and most distinguished liberal arts institutions, founded in 1781. He also serves as a professor of religion in the college’s Department of Philosophy. 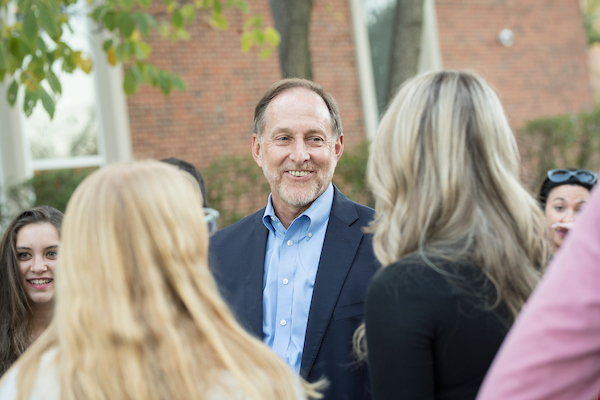 Dr. Knapp is an internationally known author and speaker with leadership experience spanning the education, non-profit, and business sectors. Prior to joining W&J in 2017, he was president of Hope College in Holland, Mich., where he led the development and implementation of a 10-year strategic plan to enhance academic quality, campus diversity, employee development, and post-graduation outcomes for students.

Previously, he was the founding director of Samford University’s Frances Marlin Mann Center for Ethics and Leadership, concurrently serving as University Professor and holding an endowed professorship. He directed a wide range of programs and supported teaching and scholarship in the schools of the arts, arts and sciences, business, divinity, education, law, nursing and pharmacy.

Before joining Samford, Dr. Knapp served as professor and director of the Center for Ethics and Corporate Responsibility at Georgia State University’s J. Mack Robinson College of Business. The Center was established under his leadership in 1993 as the independent Southern Institute for Business and Professional Ethics, a leading executive education resource for leaders seeking to strengthen ethics and integrity in organizations. His programs were attended by more than 20,000 executives and managers from hundreds of corporations, governmental agencies, non-profits and professional firms.

Dr. Knapp’s philosophy of liberal arts education extends to the value he places on diversity and inclusion. At Hope College, where he achieved annual goals for greater student diversity while also raising the academic profile of incoming classes, he was respected by the college’s students, faculty and alumni for fostering a culture of inclusion, respect and support, especially for students and employees from underrepresented groups. While in Atlanta, he founded and led the Diversity Management Network, a five-year, grant-funded consortium involving leaders of more than 40 of the region’s largest employers. His diversity advocacy was recognized in 2013 with the Urban League’s Multicultural Friendship Award in Birmingham, Ala. 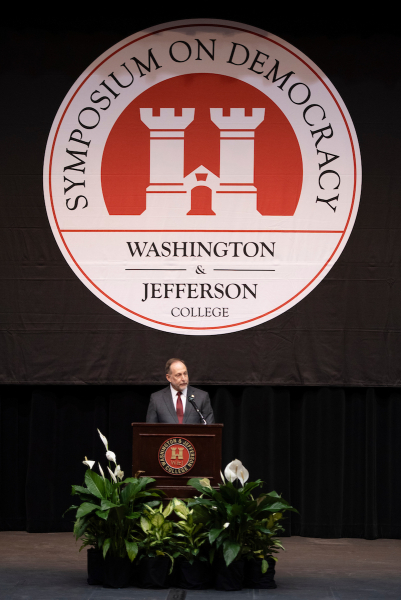 As a leader among his peers in higher education, Dr. Knapp chairs The Oxford Conclave on Global Higher Education, a retreat for college and university presidents held annually England’s University of Oxford. He also has served twice as chair of The New York Times Presidents Council, a representative group of private college presidents who meet with the newspaper’s higher education reporters for background discussions of issues facing institutions and the industry. In addition, he serves on the boards of the Council of Independent Colleges, American Association of Presidents of Independent Colleges and Universities, Clemson University’s Robert J. Rutland Institute for Ethics, and the Pennsylvania Consortium for the Liberal Arts, among several other higher education associations.

Dr. Knapp’s scholarship includes numerous articles and five books, including the three-volume The Business of Higher Education. His work as a scholar was recognized in 2009 when he was named a fellow of the Caux Round Table; in 2007 with his induction into the Martin Luther King Jr. International Collegium of Scholars at Morehouse College; in 2001 with the Georgia Governor's Award in the Humanities; and in 1995 with Columbia Theological Seminary’s Florrie Wilkes Sanders Prize in Theology. In 2013, Hope College awarded him the honorary Doctor of Letters degree.

Earlier in his career he served for more than a decade as president of an Atlanta-based corporate communication firm. During this time, Atlanta Business Chronicle twice recognized him as the region’s leading crisis management consultant; Business Atlanta (now Georgia Trend) selected him for its list of the “40 Under 40” successful young executives; and Outstanding Atlanta Foundation named him one of the “Ten Outstanding Young People of Atlanta.”

Dr. Knapp earned a Doctor of Philosophy degree in theology and religious studies at the University of Wales, United Kingdom. In 2022, the University chose Dr. Knapp as one of 200 outstanding alumni of the last 200 years to feature in a collection of short biographies celebrating the 200th anniversary, or bicentenary, of the university’s historic Lampeter campus. Dr. Knapp's biography is listed on the University of Wales, Trinity Saint David website under "Academia."

Dr. Knapp also holds a Master of Arts degree in theological studies at Columbia Theological Seminary; and a Bachelor of Science degree in urban life with a concentration in communication at Georgia State University. He and his wife, Kelly, have five adult children: Amanda, Tracy, Charlie, Mary and Ron. They have five grandchildren.

Learn More About Symposium on Democracy