Through its annual Arts Series, W&J brings world-class performing artists in music, dance and theatre to campus for the enjoyment of our student, faculty and staff, and the greater community.

Arts Series tickets are sold in a series package, or as individual tickets. For pricing and ticket ordering, please see the Box Office and Ticket Information page.

*All Arts Series events are in the Olin Fine Arts Center Theatre unless otherwise noted.

The last time these Pittsburgh-based musicians were here, they blew the house down! We are so happy to bring back former Music Dept. Professor Kyle Simpson along with this band of skilled musicians. They specialize in Big Band music, but we told them to play whatever they like, so we are in for one delightful evening!

In celebration of the 150th birth anniversary of Nobel Laureate Rabindranath Tagore, Nandanik Dance Troupe presents “Card Country,” one of his most entertaining dance dramas based on the play “Tasher Desh.” A prince and his friend find themselves on a strange island after they are shipwrecked. The inhabitants of this land, various playing cards, have strange manners: they follow a set of rules, are disciplined in a strict system, and are extremely cautious about maintaining their culture. The lack of freedom of expression drives the prince to bring about changes in the lives of the enslaved cards. Will he succeed?

William Radice, who translated “Tasher Desh” from Bengali to English, says “Card Country upbraids those who live a blinkered existence and urges the world to openly nurture a joyous, youthful and imaginative life.

In 1921 Charlie Chaplin’s The Kid took the world by storm. The story of a penniless tramp who adopts an abandoned infant struck a powerful chord in the aftermath of a devastating war and equally devastating pandemic which left millions dead and thousands of children orphaned. In The Kid at 100, renowned mime artist and comedy choreographer Dan Kamin reveals what keeps this film fresh, funny and incredibly moving to this day. The program begins with the screening of a beautifully restored print of the film, followed by Kamin’s illustrated talk and a lively audience discussion.

Author of The Comedy of Charlie Chaplin: Artistry in Motion, Dan trained Robert Downey, Jr. for his Oscar-nominated performance in Chaplin, after which Downey said, “Dan’s insights are amazing.” 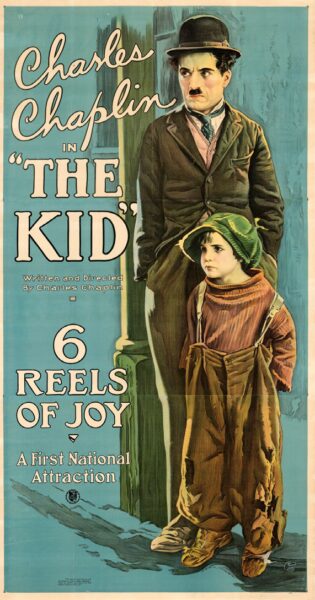 One of your favorite shows is back! Although we did offer viewing of the shorts last year, it was online and cost more, so we are glad to be able to bring this event to you in-person again. You are welcome to get silly with Oscar attire!

The advanced single ticket price (or season ticket package) includes tickets for BOTH nights. Individual tickets will be available at the door for specific nights but at regular ticket prices.

Please be advised that all viewings are rated R.

"Oscar" is a registered trademark of The Academy of Motion Pictures Art and Sciences.

We are relieved to finally bring renowned pianist Mark Valenti to you. Rescheduled and canceled twice, Mark is eager to play for live audiences again. The All American program selections include The Alcotts by Ives, Piano Blues by Copland, Sonata by Barber, and pieces by Stefan Wolpe and Jon Fisher.

Finally! Our original booking of this show was for Spring 2020 and to be presented after the Communication Arts Department Fall 2019 production of "Western Civilization! The Complete Musical (abridged)" by the same authors. We are thrilled to have them here now.

Before the Tragedy, there was…HAMLET’S BIG ADVENTURE! From the guys that brought you such “(abridged)” classics as William Shakespeare’s Long Lost First Play (abridged) and The Ultimate Christmas Show (abridged) comes this fast, funny, physical extravaganza — a brand new theatrical treat!

In this hilarious (and completely fictional) prequel to Hamlet, nothing is rotten in the state of Denmark. There’s laughter and joy and music and more laughter as teenage Hamlet leaps into action to save his beloved nunnery from closing. Enlisting his good buds Ophelia and the jester Yorick, Hamlet and friends put on a show – what could possibly go wrong? Along the way, Ophelia tries (and fails!) to pass her swim test and Hamlet must avoid his practical joker father, the King, who has a tendency to leap out from behind house plants pretending to be a ghost. Meanwhile, Yorick teaches them about showbiz, comedy, and skull juggling and they all wonder why Hamlet’s mother spends so much time at his uncle’s house! Is it Shakespeare meets the Muppet Babies? Might be, or might not be. If you like Shakespeare, you’ll like this show. If you hate Shakespeare, you’ll love this show.

View info about the art series, galleries, music, calendar and more.  You can also download our past brochures.