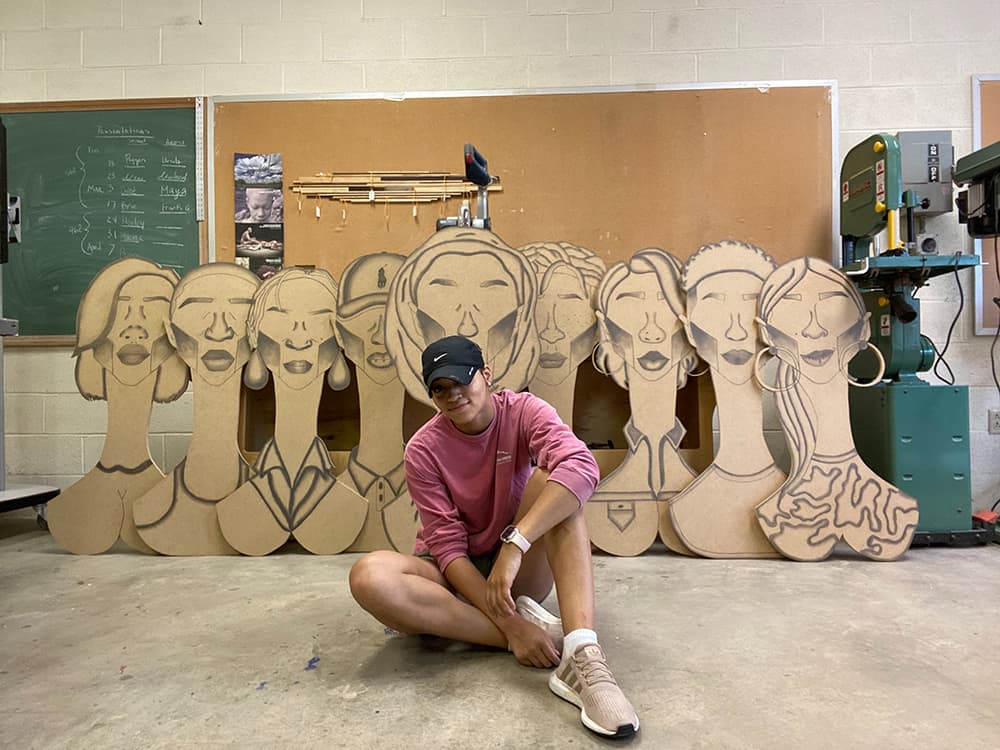 This wasn’t the way India March ’18 expected her year to go. While furloughed from a new marketing position with the Miami Marlins baseball team due to the COVID-19 pandemic, March found herself back home in Washington, Pa. when George Floyd’s death prompted a surge in national activism for racial equity.

March lent her voice to local racial injustice protests—and thanks to support from W&J College and some generous patrons of the arts, she found a greater voice through her art.

“There’s no room for ignorance in life anymore, and I wanted to do something,” said the communication arts and studio art major.

The series was modeled after her senior exhibition at W&J, depicting representational images of the heads and shoulders of women of different cultures. She recently sold those pieces as part of a campaign to raise funds for the family of Breonna Taylor, who was killed by police in Louisville, Ky.

March reached out to W&J President John C. Knapp, Ph.D., her connections in the art department, and Director of Campus & Public Safety Jonathan Miles, who granted her permission to use a campus art studio and wood-working equipment for one week.

“I expected to take a week in the studio,” March said, “but I was so motivated to get it done  that I completed it in a day and a half.”

She called her series “Oji,” which means “black” in Igbo, a language spoken in Nigeria, part of March’s ancestry. In three days, she posted—and sold—the nine pieces of art on Instagram and Facebook. She then donated 50 percent of the proceeds, $500, to 1Hood Media, a Pittsburgh-based collective of socially conscious artists/activists.

“Part of this movement is to support black artists,” March said. “For me, it’s about spreading love and positivity.”