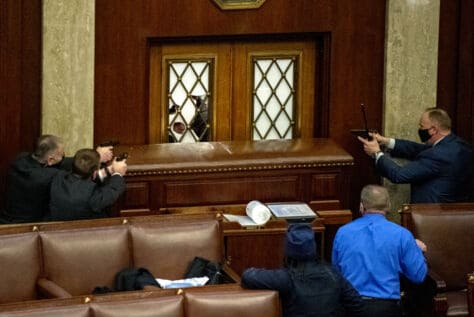 At least, that’s what Pat Benic ’70 thought when he went to work on Jan. 6, 2021, to photograph congress certifying the votes in the 2020 Presidential Election.

On Feb. 17, Benic retold his experience from that day to a virtual audience during Washington & Jefferson College’s fourth annual Symposium on Democracy, showing photos he captured from the center of the action during the insurrection.

The plan was simple: as Director of Photography at United Press International (UPI), Benic was assigned to be the back-up photographer in the Capitol Building as congress counted and signed off on the electoral ballots, typically what Benic refers to as a “rubber stamp” process. All told, Benic’s job in the Capitol that day should have taken about 15 minutes.

“You don’t expect anything to get out of control,” Benic said. “Obviously, we were wrong on January 6.”

Of course, Benic and his team knew this day wouldn’t quite be business as usual. When they arrived on the scene for their preparation work earlier in the day, they were greeted by a group of protestors, waving a flag bearing Donald Trump’s visage imposed on the body of a much more muscular man carrying an automatic weapon. The photographers noted that the imagery was aggressive, but they had no idea what was in store.

Once the journalists and congresspeople were situated inside the House of Representative chambers, the vote counting began; they didn’t know the severity of what was going on outside. Benic and his team were in the Senate chambers, having been asked to leave the House chambers after an objection to the count prompted debate, as was expected. They were debating whether to stick around and get some shots of the protest outside or head for lunch when they were told by Capitol security they had to remain inside and moments later, had to relocate to the House chambers for their safety.

“All through this, I had tunnel vision,” Benic said. “We were in a unique situation where we didn’t know that much; we didn’t know what was going on outside.”

The photographers were told not to document the situation—and so Benic’s photos from this point forward had to be taken discreetly. His experience becomes one of snapshots: the sheltered group can hear a disturbance from the rotunda; congresspeople are told to put on gasmasks, and then to evacuate; they are ushered out a second-floor balcony exit while security moves furniture to block a first-floor entry point to the chambers. Then insurrectionists break the glass on the door and are trying to force their way inside.

Benic captured a stunning image of representatives hurriedly evacuating in their gas masks while on the floor below, capitol security officials have their guns pointed at the barricaded door where arms are pushing through the broken glass.

When the journalists were evacuated many had nowhere to go, one of Benic’s colleagues had connections to a lawmaker in the building who allowed them to use his office until the situation was under control. Benic and his colleagues stayed there for three hours, catching up and transmitting the photos they captured to UPI.

“One reason I’m in photojournalism is because photos don’t lie that much. They are what they are. Those people jumping through windows and carrying confederate flags, it is what it is,” Benic said. “There are no ‘alternative facts’; There’s either something that’s correct or not.”

A few weeks later, UPI was once again ready to photograph history in the nation’s capitol—this time, as Joe Biden and Kamala Harris were sworn in as the 46th President and Vice President of the United States of America.

With a storied career in photojournalism, Benic has experienced being on the front lines in volatile situations before. From the fall of the Berlin Wall to the collapse of the Soviet Union and many more political conflicts in between, Benic has captured the history of the moment with the click of a shutter.

WASHINGTON, PA (Dec. 1, 2020)—Wes Pein ’16 is taking on a lot of firsts. The Washington & Jefferson College graduate and current University of Michigan…

W&J staff members are taking the Ice Bucket Challenge and making a difference for ALS research and support. 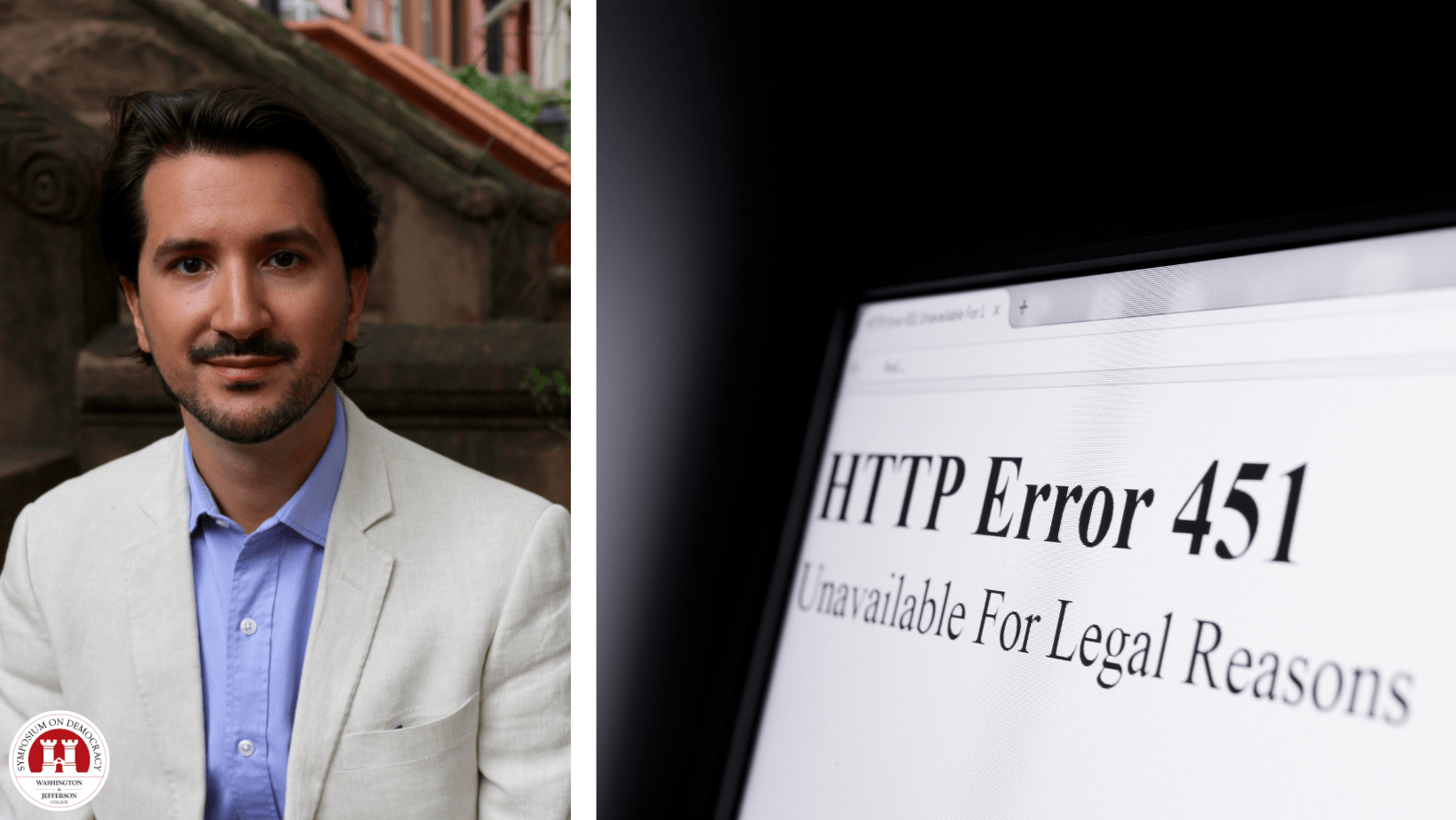 Freedom on the Net: Adrian Shahbaz Shares Global Overview of Human Rights in the Digital Age

WASHINGTON, PA (March 2, 2021)—“Freedom on the Net – A Global Overview of Human Rights in the Digital Age” was the topic of a talk…