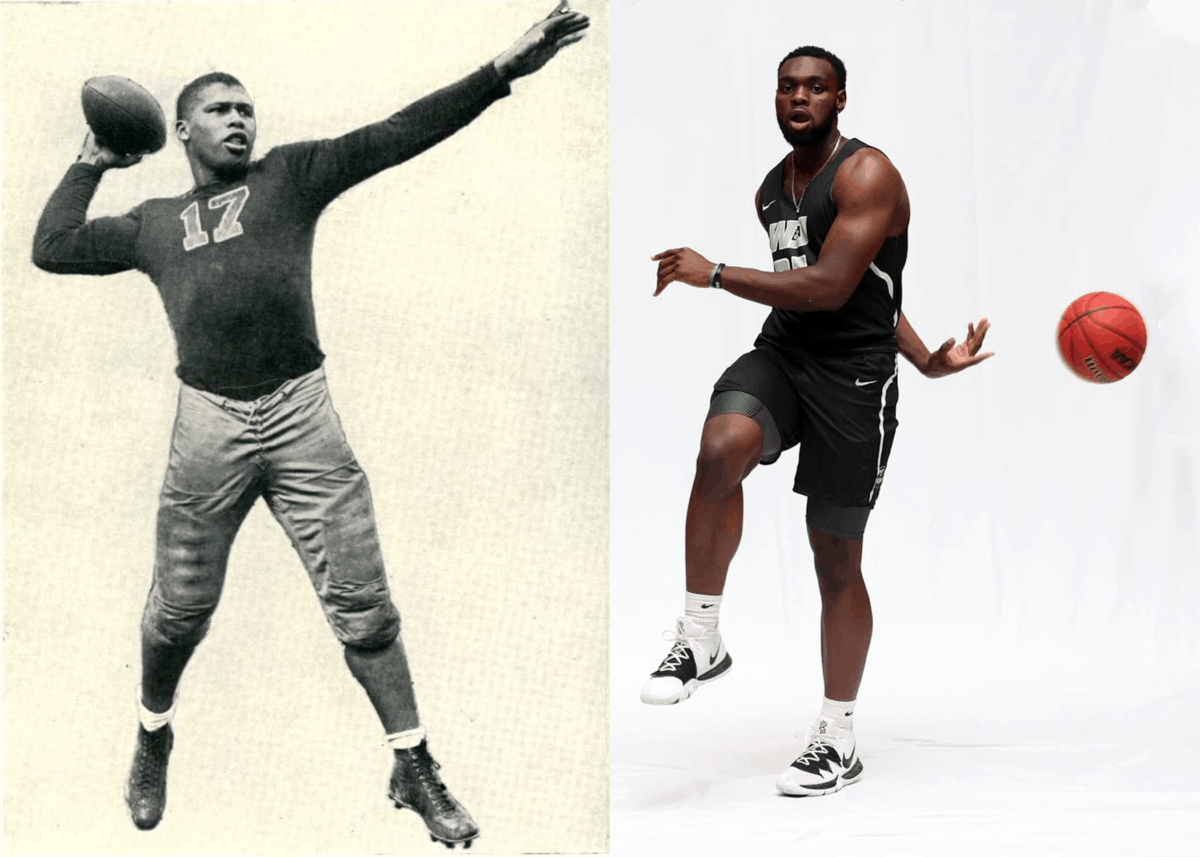 WASHINGTON, PA (Feb. 4, 2021)—During February 2021, Washington & Jefferson College is celebrating Black History Month by recognizing some of our accomplished Black alumni and the current students who are carrying on their legacy today. Each Friday, we’ll share a new feature showcasing how vital Black contributions are to the success of our institution.

Then: A Gridiron Legend

W&J is not only known for its academic excellence, but for a winning tradition among its athletic teams. Among the storied athletes featured in W&J’s Athletic Hall of Fame is “Deacon” Dan Towler ’50, a former Presidents Football running back. At W&J, Towler set the precedent for athletic achievement as a two-time All-America running back for the Presidents who led the nation in scoring (133 points) in 1948. He was a member of the “Four Gazelles” backfield, known for tallying high scores for W&J football in the late ‘40s.

A yearbook account of Towler’s performance in a match against Bethany College captures the spirit of his many contributions to the team.

“The powerful drives of Dan Towler were felt time and again by the opponents and they retaliated by taking to the air,” the recap reads before going on to celebrate the 32-25 victory the Presidents enjoyed during that game.

Now: A New Kind of Player

Junior Okikola “Kiki” Agbale has been making a name for himself as a forward on the Presidents’ Men’s Basketball roster since his freshmen season when he began competition as a team starter. Like Towler who came before him, the Pittsburgh native is routinely a key scorer for the Presidents during competition play.

“For me, it’s about being relentless. You don’t let up,” Kiki said about his playing style. “I’m always being hard on myself and telling myself I can do better, and never being okay with just being okay. That’s the only way I see myself getting better.”

But Kiki isn’t just about shooting hoops. He’s also set his sights on student advocacy as the Social Media Chair for the W&J Student-Athlete Advisory Committee (SAAC), an organization that provides insight to the College on the campus student-athlete experience and offers input on rules, regulations and policies that impact the lives of student-athletes on the campuses of NCAA members.

“I feel like there’s a stereotype against student athletes, and others might just think we get a ‘free pass’ in class, so it’s important for me to show people that for us it’s more than just working hard at practice and at games; we’re working at class, too,” he said.

The SAAC profiles also have given Kiki a space to celebrate minoritized populations or others who may be overlooked traditionally in athletics. Earlier this week, he engaged with accounts across the nation in celebrating Women in Sports Day.

As a Black man, Kiki has experience with being the minority in many spaces, including some at W&J, but he’s game to use his voice to help expand inclusivity for all—on and off campus.

“I see us growing [at W&J]. I want us to grow. I want us to have more events as we become more diverse on campus and have people know who the BSU is as a prominent voice on campus,” he said. “I want to emphasize that being the minority is difficult, but it doesn’t weigh you down. I would love to have more black people on campus, and the community that we have now is welcoming.”

India March '18 is practicing activism through her art.

WASHINGTON (July 15, 2020)—Get comfortable with being uncomfortable. That’s the theme at the heart of Jasmine Dey’s podcast “Cue the Conversation,” a broadcast that so…