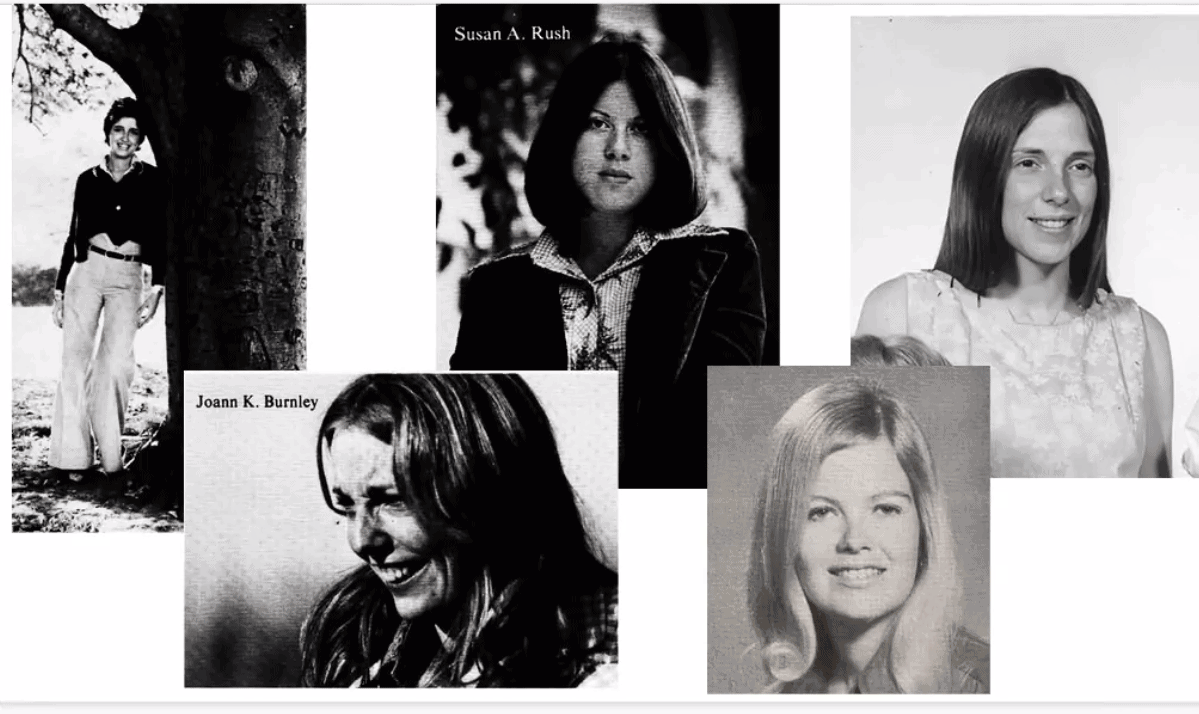 Kratz kicked off the meeting by asking what it was like to be part of the first classes of women to be full-time students at the College and to graduate from W&J. Women were admitted as full-time students for the first time in 1970. All of the alumnae agreed that the women on campus stuck together, and that it made their friendships strong.

“At W&J, I developed incredibly deep relationships that are still going strong and are very important to me,” said Joanne Ladley ’74.

The women also said they were welcomed to campus by faculty and students alike.

“When I wrote down the pros and cons of coming to W&J, one of the pros was that everyone would know my name within a week. It was true!” said Honey Kirk ’73.

Though many things have changed since the 1970s, one thing that’s remained the same is the connection between professors and students. Ladley said the relationships with professors are the beauty of W&J.

“One of the real advantages of W&J is that you don’t have to wait for someone to find opportunities for you and tell you what’s available. If something strikes you, grab it and talk to someone about it,” she said.

“[In the 1970s] professors welcomed students into their homes if they couldn’t go home for intersession,” Susan Kepler ’74 said. “W&J is a special place, and it remains that way.”

While the women didn’t face a lot of discrimination at W&J, they did talk about encountering it as they transitioned into the workforce.

“Since I was a female in history, I couldn’t get a job. In the Washington County area at the time, there was only one female history teacher. It was very frustrating because I loved teaching and history, and I couldn’t do it,” said Chris Bitz ’74.

Ladley said she faced similar struggles. When applying for a job in Seattle, she was told she wouldn’t be offered the job because her husband could get transferred.

Bitz focused on standing up for oneself in the workplace. “Today, women can stand up for themselves more than women in the 1970s,” she said. “They didn’t have the support of the companies, businesses, etc.”

The women also discussed the politics and major events of the 1970s, compared to the events happening in the nation today. They pointed out that today’s students are part of history, just as the generations from the 1970s are.

“What’s the difference with what’s going on today?” Marcela Bohm-Velez ’75 asked. “Your generation is going through much more than what we did. You’re creating history today.”

Sukey Jamison ’71 and her husband John Jamison ’71 have owned their renowned farm in Latrobe, Pa., since 1976.

Joanne Ladley ’74 is a second-generation family business owner in her hometown of Intercourse, Pa.

Honey Kirk ’73 taught mathematics around the world and retired as a professor emeritus from a community college in San Antonio, Texas, after 40 years of teaching.

Susan Kepler ’74 served for 21 years in the U.S. Army as a lieutenant colonel and returned to W&J as a major gift officer, retiring in 2020.

Chris Bitz ’74 taught at JFK in Washington, Pa., and retired after 30 years of teaching.

As we continue to celebrate Women’s History Month, check out W&J’s Female Firsts.

Sam Schaub’s experiences and opportunities at Washington & Jefferson College (W&J) led him to early success in the technology field—starting with a job he got...

W&J Alum Highlights the Future of Women in Transportation

Zoe Levenson '14 is this year’s recipient of the Women in Transportation Fellowship.