New head chef brings the world to W&J through food 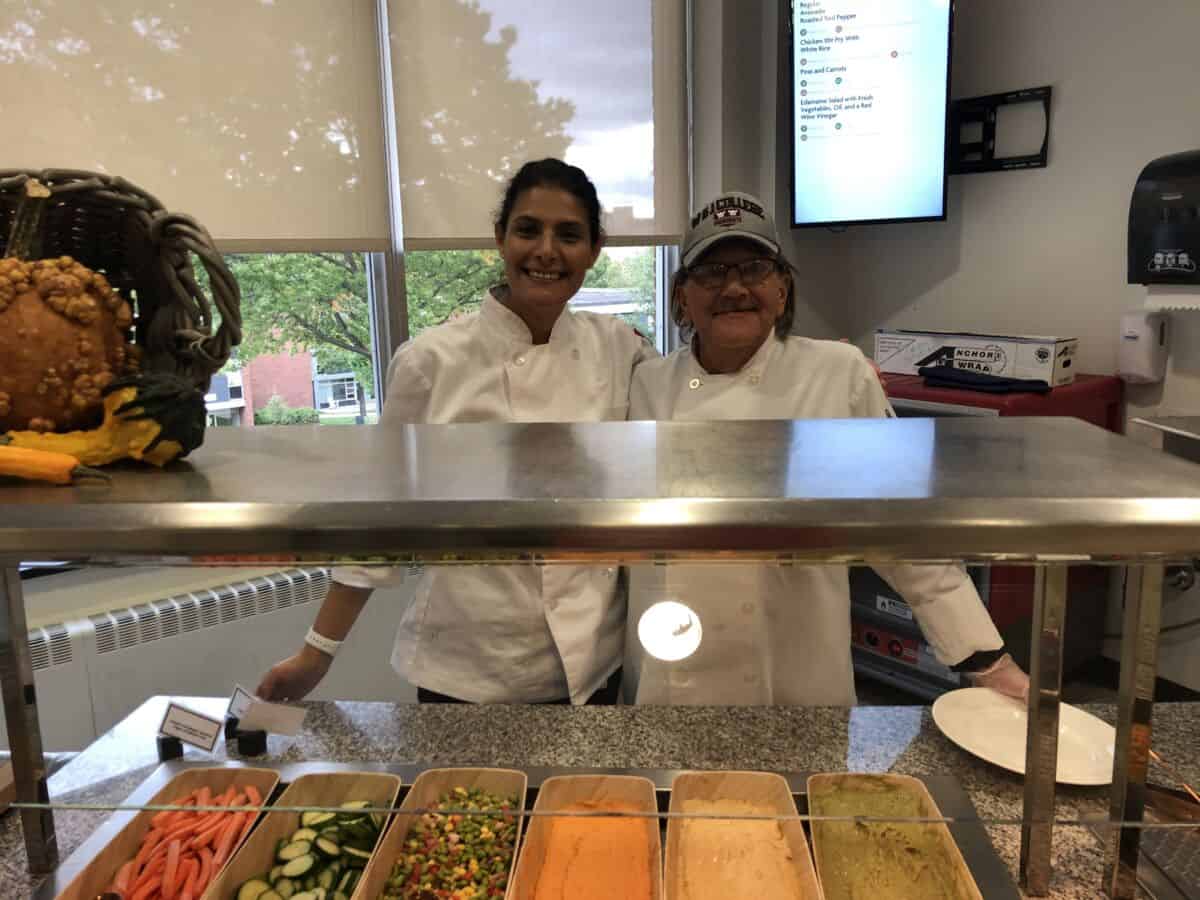 Chef Amira came to W&J this fall from the University of Delaware, where she ran the culinary program for one of the largest college cafeterias in the country.

“I love the college environment. I have a passion for serving students. I want to bring them the world on a plate,” Chef Amira said.

Her impressive career has given her plenty of opportunities to perfect that global platter strategy. Chef Amira came to the United States at age 17 after spending equal parts of her upbringing in Asia, North Africa and Europe, and learning to cook from her grandmother, who oversaw every part of her food’s journey from pasture to dinner plate.

Though Chef Amira’s parents wanted her to become a doctor, one year at medical school proved it was not the path for her. She completed her college education and earned a degree in Communications, but followed her passion by attending culinary school.

Her first job was as a private chef for a prominent neurologist, where she made meals for doctors from all over the world. After perfecting dishes from nations across the globe, Chef Amira became a chef at a country club, where she worked with dignitaries through the club’s many events.

When she transitioned to working at University of Delaware, Chef Amira grew the culinary program and earned the cafeteria a ranking as one of the best in the nation. She hopes to do the same for The Commons at W&J.

“A college café is for the students; it should be their place. Being a chef is not just making the food, but it’s how the student feels after experiencing it,” she said. “I want to make W&J one of the best places to eat in Pennsylvania, and eventually the United States.”

She’s delivering on that goal by creating healthy food from scratch, sourcing local ingredients and designing menus around what students may be feeling at that time of year. During every meal, she’ll walk around the floor of the dining area to ask students’ opinions on the food.

She’s also implementing more sustainable practices in the kitchen and opening up outreach to students with cooking classes and pop-ups to try new foods.

Marcy Saldivar travels to Portugal to study culture around disability