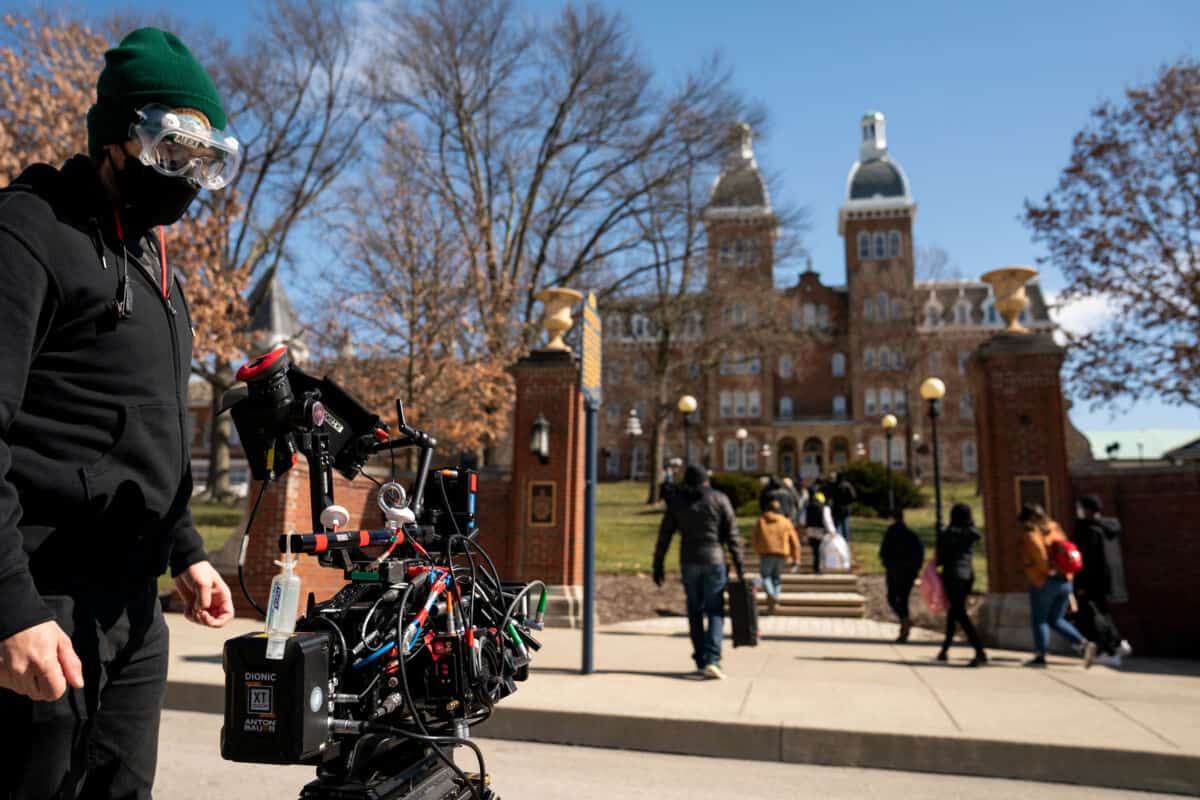 After considering several small college campuses in the region, Netflix selected W&J as a filming location for scenes of a new series, “The Chair.”

The series features Sandra Oh as the lead, playing the chair of the school’s English department. Jay Duplass, Holland Taylor, and others round out the cast. “The Chair,” which premiered on Netflix in August, was created by Amanda Peet and Annie Julia Wyman.

Three crews came to campus to film in March, following strict coronavirus protocols while avoiding interaction with the general campus population and any disruption to in-person classes. Students did have the option to participate as extras if they met certain COVID requirements.

Maureen Valentine, director of conferences & events, served as the primary liaison between Netflix and the College.

“Filming during a pandemic was a challenge, but the overall experience of working with the Netflix crew was great,” Valentine says. “The best part was being able to help the producers and location managers find the right locations on campus that fit their scripts.”

Netflix previously visited W&J in 2017 to film scenes for the series “Mindhunter.”