WASHINGTON, PA (Feb. 28, 2018)—Four Washington & Jefferson College (W&J) students have been awarded the 2017-18 Rule, Hughes, Murphy Prize, an annual honor given to sophomores at the College who exemplify academic prowess and leadership abilities.

Michael, an English and political science major, is involved in a variety of activities on campus. He is an Alpha Scholar and a member of the Washington Fellows Honors program. He serves as a regional vice president and international ambassador for the Boy Scouts of America, a Jaywalker tour guide at W&J, and a LINK Mentor for first-year students at W&J. He is also a member of the Alpha Lambda Delta Honorary Society, the Mock Trial Team and Pre-Legal Society. He plans to attend law school after graduating from W&J.

Caroline is a biochemistry major and a music minor. She serves as the vice president of the Alpha Lambda Delta Honorary Society and the co-president of the Orthodox Christian Fellowship. Caroline is a resident assistant and Alpha Scholar, and is a member of the Pre-Health Society, Washington Fellows Honors Program, and W&J Ultimate Frisbee Club. She also engages in philanthropy as a Washington Hospital ER Volunteer. Caroline plans to attend medical school and pursue a career as a radiologist.

History major and English minor Jessica has held positions in campus organizations including TOM Talks chairperson, secretary of the Student Government Association, and Kappa Alpha Theta Recruitment chairperson. She is a member of the Washington Fellows Honors Program, Alpha Lambda Delta Honor Society, and Sigma Alpha Pi Honor Society. Jessica serves as a LINK Mentor for first year W&J students and a student representative of the Vice President of Academic Affairs search committee. She was also a recipient of the Magellan Geary Grant as a freshman and holds a spot on the Dean’s List. Jessica plans to attend graduate school to study historical site archives or museum studies.

Li’an is majoring in biology and Spanish. She is an Alpha Scholar and a member of Alpha Lambda Delta Honor Society and the Washington Fellows Honors Program. Li’an is a Jaywalker tour guide at W&J and is involved with Presidents Without Borders, Spanish Club and Colleges Against Cancer. She plans to attend medical school and pursue a career as a neonatologist.

Rule was a teacher and principal of several Pittsburgh area high schools and also served for two years as national director of the Junior American Red Cross. He also was deputy director, and later director, of the Pennsylvania Department of Public Instruction, and was superintendent of public instruction for four years.

Hughes was the first person from Washington County named to the Pennsylvania Supreme Court, serving from 1943 to 1945. He served for 10 years on the Common Pleas Court of the 27th Judicial District, and was solicitor general for the Pennsylvania Railroad Company at the time of his death.

Murphy was general secretary and graduate athletic trainer at W&J from 1906 until the time of his death in 1925. Among his duties was recruiting students, and he attracted to W&J outstanding student-athletes such as NFL Hall-of-Famer Wilbur “Pete” Henry and coaches such as John Heisman, for whom the Heisman Trophy is named. 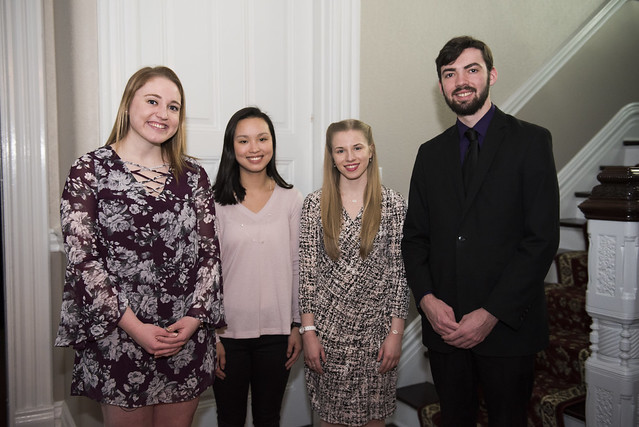 The Twitter statement reads, “We at Washington & Jefferson College stand with the Asian American community in these difficult days. The Atlanta murders are a…

Charanya Kaushik, a second-year M.P.H. student at The University of Texas Health Science Center at Houston (UTHealth) School of Public Health, has been awarded a...

Donor-funded projects will improve campus residence halls and other facilities at no additional cost to students.