Susan Ralston has spent her entire career in the banking industry, most recently as chief operating officer and senior vice president at Dollar Bank, headquartered in Pittsburgh. Previous to that position, she was the president/CEO of Bank @lantec for more than 22 years. During that time, she led the effort to change the charter of the institution from a federal credit union to a federal mutual savings bank becoming the 1st credit union to convert in Virginia and the 25th in the country in 2004. In 2016, Susan successfully led the effort to merge with Dollar Bank, the largest independent mutual bank in the country.

Susan earned a bachelor’s degree in business administration from Washington & Jefferson College in Washington, Pa. and a master’s degree in business administration from Old Dominion University in Norfolk, Va. She is also a graduate of the American Banker Association’s Stonier Graduate School of Banking (Georgetown University) and the Hampton Roads Civic Leadership Institute.

Susan is the founder and executive director of the Pediatric Proton Foundation, a Virginia non-profit corporation. After her 2-year-old son’s diagnosis of Ewing sarcoma in 2007, Susan became a dedicated advocate for children’s cancer initiatives and specifically pediatric proton therapy. The Foundation conducts an annual survey providing valuable data regarding patterns of care with pediatric proton therapy in the United States. This work was published in the International Journal of Particle Therapy.

Originally raised in Washington, Pa., Susan lives in Virginia Beach with her husband, Jim, and her 12- year-old son, Jacob.

Additionally, each year the Waltersdorf Scholarship is awarded to one or more W&J upperclass students. Those chosen best exemplify the academic excellence personified by Dr. Waltersdorf and show promise as innovative leaders. 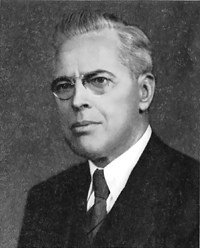 Dr. Maurice C. Waltersdorf received his bachelor’s degree from Franklin & Marshall College and his master’s and doctoral degrees from Princeton University. After serving as a school principal, teacher and registrar, he was named an assistant professor of economics at W&J in 1924 and became a professor and chairman of the Department of Economics three years later.

Waltersdorf developed a special cooperative arrangement with the Wharton School for W&J students seeking master’s degrees and created a major and minor in economics. He established an Economics Club (which preceded the Economics Honorary Society); developed a three-track system of accounting, economics and business administration; and created both the Benjamin Franklin and Walter Hudson Baker prizes for scholarship.

Widely known for his work and writings as an economist, Dr. Waltersdorf acted as an advisor to numerous government agencies at the state and federal levels. He held positions on wartime boards and committees, helped train war-plant personnel in industrial relations, and was cited by the federal government for his contributions and leadership.

Included in Who’s Who in America, Dr. Waltersdorf was the author of numerous articles on economic theory, budgeting and banking, and a book published on New Jersey utility companies. When he was honored with a Doctor of Humane Letters degree from Washington & Jefferson College in 1956, his citation noted:

“You have enlarged the vision and extended the horizons of all who have studied and worked with you. The many students whom you have guided to outstanding academic and business careers bear witness to your notable achievements.”