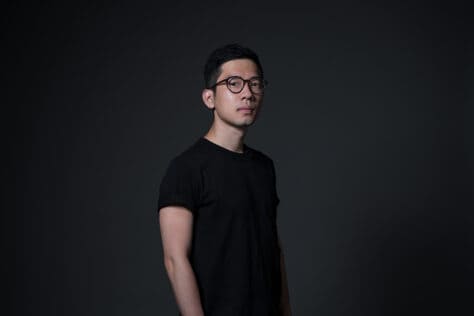 WASHINGTON, PA (May 4, 2022)—Nathan Law, an internationally recognized advocate for democracy and human rights, is returning to Washington & Jefferson College as the keynote speaker at the school’s 223rd Commencement Ceremony.

The ceremony, to be held Saturday, May 21 at the James David Ross Recreation Center in Washington, Pa., will graduate more than 300 students and welcome back Law, who spoke at the annual W&J Symposium on Democracy in 2020 and 2021.

“I am delighted that our graduates will hear an address by a young leader who has been an inspiration and role model for people around the world,” said W&J President Dr. John C. Knapp.

Law came to prominence as a college student while leading the pro-democracy “Umbrella Movement” in Hong Kong. Now living in exile in London, he continues to advocate for freedom in Hong Kong and other nations with repressive governments. He has testified before the United States Congress and was a speaker at the December 2021 White House Summit for Democracy. In 2020, TIME named him one of the “100 Most Influential People in The World” and its readers’ poll ranked him No. 1 on the list. He was nominated in 2018 for the Nobel Peace Prize by U.S. congressmen and British parliament members, conferred the Magnitsky Human Rights award in 2020, and awarded the Democracy Medal by the International Association of Political Consultants in 2017.

Journalists across the globe have praised Law for his efforts and joined him in the call for change. In December of last year, Washington Post columnist Josh Rogin authored, “Hong Kong’s Freedom Fighters Need Our Help,” while the Wall Street Journal editorial board published, “Who’s Afraid of Nathan Law? China,” to criticize the human rights crisis in Hong Kong. Earlier, CNN profiled Law for their 2020 project, “Frontlines of Freedom.”

Law himself has been widely published, with work appearing in The Independent, Daily Mail, The Sun, DW, and The Guardian. In December 2021 he wrote an op-ed for The New York Times entitled, “China Really Wants People to Vote in Hong Kong’s Election.” In his new book, Freedom: How We Lose It and How We Fight Back, he argues that the threat to democracy in Hong Kong is a threat to democracies all over the globe and details the dismantling of democracy in Hong Kong, describing his own fight against authoritarianism that began while he was a student leader at his university.

His activism for democracy and human rights began in 2014 when he was one of the five student representatives who debated political reform with the Hong Kong government and later founded Demosistō—a now defunct political party that championed non-violent civic actions. He was elected to the Hong Kong Legislative Council at age 23, the youngest member in its history. He was later removed from his position and jailed for his leadership role in the demonstrations that came to be known as the Umbrella Movement, as hundreds of thousands of people repeatedly took to the streets and brought the city to a standstill, using umbrellas to deflect tear gas.

Nathan Law earned his bachelor’s degree in cultural studies/critical theory and analysis in 2018 from Lingnan University. There, he served as the chairman of the Representative Council of the Lingnan University Students’ Union (LUSU), acting president of the LUSU, and secretary-general of the Hong Kong Federation of Students (HKFS). In 2020, he completed a master’s degree in East Asian Studies at Yale University, and in 2021 was named as a Pritzker Fellow at the University of Chicago’s Institute of Politics.