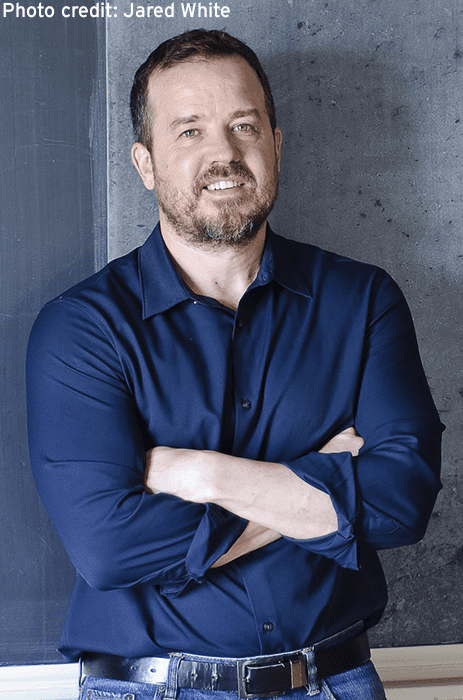 Gottschall, a Distinguished Fellow in the English Department at Washington & Jefferson College, will publish his eighth book, “The Story Paradox: How Our Love of Stories Builds Societies and Tears them Down,” at the end of November. The book explores the dark side of storytelling, including how narratives of disinformation and misinformation provoke divisive, us-them thinking.

“After I wrote ‘The Storytelling Animal,’ I started to feel somewhat guilty,” said Gottschall. “I helped give people permission to approach stories in an unwary, rather than skeptical, way.”

Although everyone has an idea of what a story is, Gottschall suggested that stories are difficult to universally define.

“There are so many ways to define a story, but I think people generally know what stories are when they experience them,” he said. “I believe the simplest definition of a story is an account of what happened, and this applies to both fiction and non-fiction.”

Gottschall believes that storytelling has emerged into a dangerous force, especially since the turn of the century, when advances in digital technology created a “big bang” of storytelling in which everyone suddenly had the ability to broadcast limitless narrative in real time. “In this era of massive technological and cultural upheaval,” as Gottschall puts it in his book, “story threatens to derange our minds, maroon us inside different realities, and tear our societies apart.”

Gottschall thinks that the big bang of storytelling has led to the divisive and polarizing political climate that currently exists in the United States and many other countries. “It’s obvious that people can’t live without stories,” Gottschall said, “but as technology continues to enlarge their power, we may not be able to live with them much longer either.”

Gottschall’s book is set to be released on November 23 and it can be purchased at online retailers like Amazon or in bookstores.

Washington & Jefferson College has appointed David Holiday, Ph.D. as the Director of the Center for Ethical Leadership and Instructor of Philosophy. Holiday is the...

WASHINGTON, PA (March 30, 2022)—Three Washington & Jefferson College (W&J) students have been admitted to the Vira I. Heinz Program (VIH Program) and selected to...