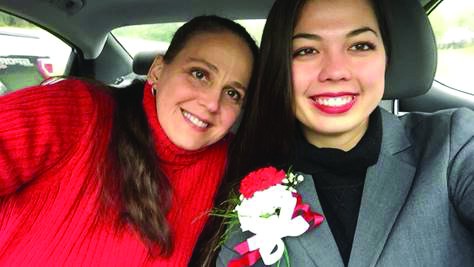 How the Worthingtons leveraged a prominent Pre-Health Program, the liberal arts, and a strong alumni network of friends to build their medical careers

Not that she’s counting, but Janice Durham Worthington ’85 says she’s only days away from retiring after serving as an optometrist for Kaiser Permanente for more than three decades on the Hawaiian island of O’ahu. That’s almost 4,700 miles away from her native Venetia, Pa., and roughly 40 years since she first stepped foot on W&J’s campus to begin her journey to becoming a doctor of optometry.

Worthington, who had also been accepted to Carnegie Mellon University, chose W&J because of its historically prominent Pre-Health educational track, and because it was closer to home. She recognized the still-early and unique opportunity for women at W&J, thanks to the College’s decision to begin admitting female students 11 years prior, in addition to a solid Pre-Health chemistry program and a supportive network of fellow students who would become lifelong friends.

Thirty years later, her daughter, Hawaiian native Ke’alohi Worthington ’19 began her own Pre-Health pursuit in neuroscience at W&J – with the support of her mother’s network of alumni friends in the region.

“I knew she wanted to do medicine, and she loves to travel,” Janice Worthington says of her daughter and her decision to travel across the country to attend W&J in 2015. “It was a small enough community where she wouldn’t get lost in a big college, and W&J has good placement for medical schools.”

Just as importantly, Janice Worthington’s parents still live in Venetia, and some of her network of lasting friends from college – local alumni such as Chong Park ’83, who today is president of both Jefferson and Canonsburg Hospitals, and others – would be able to support her daughter’s academic efforts and offer her internship opportunities as well as the chance to have “Thanksgiving with friends.”

“I think it was excellent,” says Janice Worthington.

“My mom said I should consider W&J,” says Ke’alohi Worthington, who currently is attending the University of Pittsburgh’s Graduate School of Public Health. “I said, ‘What’s W&J?’ She definitely was very excited for me. I was one of those kids who was not focused on one thing. She knew a liberal arts education would interest me.”

Ke’alohi Worthington says she hopes to go back to Hawaii when she finishes graduate school to study the chronic health conditions of – and work with – indigenous peoples of the Pacific Islands. She spent the previous spring and summer as an intern conducting demographic studies of the effects of Covid-19 on various indigenous groups as part of a larger study by the Hawaiian Department of Health.

Janice Worthington went on to attend graduate school at the Pennsylvania College of Optometry after graduating from W&J. From there, she ventured out to Hawaii for a “three-month” stint and is still there 32 years later. However, distance has not diminished her connections with W&J.

“She was super-well connected here,” Ke’alohi Worthington says of her mother. “It was a unique experience with so much flexibility but also with a career path. I got to work on a lot of cultural things.”

“It’s like a big family there,” Ke’alohi Worthington says. “She and I both had great experiences at W&J.”

WASHINGTON, PA (Sept. 29, 2020)-With a passion for history and a penchant for programming, Jakerra Lance ’22 found a new way to share her talents…