Off the sidelines: W&J alumnae make their mark in professional sports communications

Jourdan Gottlieb ’14 and India March ’18 are shooting to win as communicators in the NBA and NFL—and having fun doing it.

As both women learned, a career path in professional sports, even off the field, is not an easy one. As members of W&J’s women’s soccer and basketball teams, respectively, Gottlieb and March developed a love of competition and a drive to win that helped them push forward through the difficult moments.

March’s decision to pass on her first post-collegiate job offer without a back-up plan raised some eyebrows from her family members, but she knew she wanted to hold out for a position that more closely matched her interests.

“My family thought I was crazy for passing up a good-paying job right out of college, but I knew I didn’t go to school for warehouse management, and it wasn’t where my passion was,” she said.

Gottlieb faced similar early frustrations. After college, she spent a year and a half with a water treatment company in Canonsburg while searching for an opening in professional sports.

Hard work and patience paid off for both women.

March was rewarded for following her instincts when she received a call on the day of Commencement from the Portland Trail Blazers, encouraging her to apply for their Rose Quarter Internship that provides marketing support for concerts and events. The Washington, Pa., native moved across the country to take the job and quickly found a home within the organization.

After gaining work experience at the water treatment company, Gottlieb found her window into the world of sports through a digital media internship with the Pittsburgh Steelers. That opportunity segued into a social media graphic designer position for the Pittsburgh Penguins.

While they had their foot in the door, the grads were looking for more. March sought the security of full-time work, while Gottlieb missed comprehensive social media work in football.

When Gottlieb spotted an open position with the Tennessee Titans as a social media assistant, she rekindled the passion she felt for her role with the Steelers.

“I reached out to my former bosses at the Steelers and told them I was applying for the position with the Titans,” Jourdan said. “They were happy to write recommendations since I showed such incredible drive and passion during my internship. I knew this position was meant for me.” 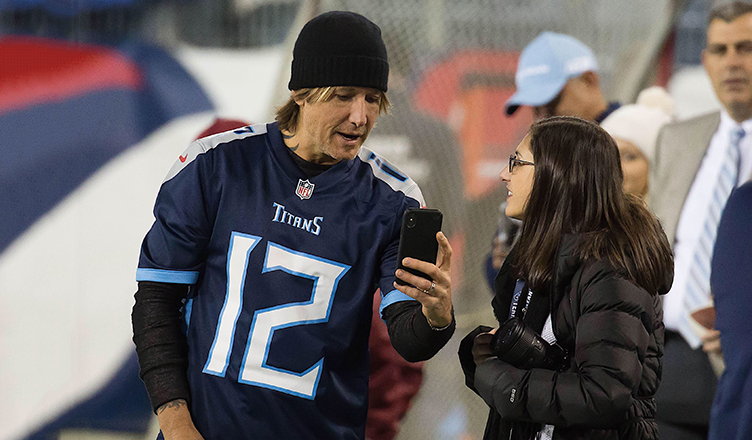 March experienced a similar opportunity with the Trail Blazers. After a long interview process, March was a final candidate for two positions and ultimately earned a role as full-time brand strategy production coordinator.

Internships during their time at W&J, opportunities to pursue their interests through programs like The Magellan Project, and relationships with friends, sorority sisters, and professors created the framework March and Gottlieb needed to succeed.

“I made the best decision of my life coming to W&J,” March said. “The College just offers so many opportunities. The clubs I was in, my internships, and so many great faculty and staff members…pushed me to be my best.”

WASHINGTON, PA (May 18, 2022)—Three Washington & Jefferson College students have been recognized with traits of a giving heart.

Contributing to the world in which we live is one of the many admirable qualities of our Presidents, and W&J Head Athletic Trainer Mike Lesako...

WASHINGTON, PA (June 6, 2022)—Recent W&J alumna Rosa Messersmith ’22 is not throwing away her shot. Or rather, her many shots, clips, and reels.

Immigration policy is a much discussed subject, but few have actually witnessed and participated in the immigration debate at the U.S.-Mexico border. As part of W&J’s goal to guide students to become global citizens who can thoughtfully contribute to the world around them, Associate Professor of Biology Jason Kilgore, Ph.D., took students to the Sonoran border in Arizona during the JayTerm in January to engage with law enforcement officers, humanitarians, indigenous peoples, and those who…

In today’s political climate, feeling divided may be one thing most people can agree on. It takes courage to sit down with those who don’t agree with you and have a civil discussion. With the rise of social media and pervasiveness of opinionated news providers the past few decades, it’s easier than ever to find platforms which reinforce your own opinions and disparage those who hold opposing viewpoints. — JOHN C. KNAPP, PH.D., PRESIDENT AND…

Will to Succeed: Samuel Willis ’98 found a path from football to medical school at W&J

When Samuel Willis ’98, M.D., talks to the medical students who shadow him at Baylor College of Medicine, he tells them that he never expected to be there. “Growing up in Aliquippa, I never thought I would go to college,” Willis said. “It was never really a goal of mine growing up.” Willis’s father dropped out of high school to work in the steel mill and was married at 17. He made a good living…

What Draws Students to W&J

Storytelling is a driver for today’s Generation Z students. “All of these colleges are starting to sound alike. We have to be able to speak to how we stand out and what that means for the student.” — NICOLE FOCARETO Washington provides a close-knit community near big city opportunities. “Pittsburgh is a small city with a big heart; W&J naturally fits into that. Pittsburgh is always being named top of, or best destination, or number…