Skip to content
Home / Magazine / Pat Benic ’70: A Life Lived through the Lens

Pat Benic ’70: A Life Lived through the Lens 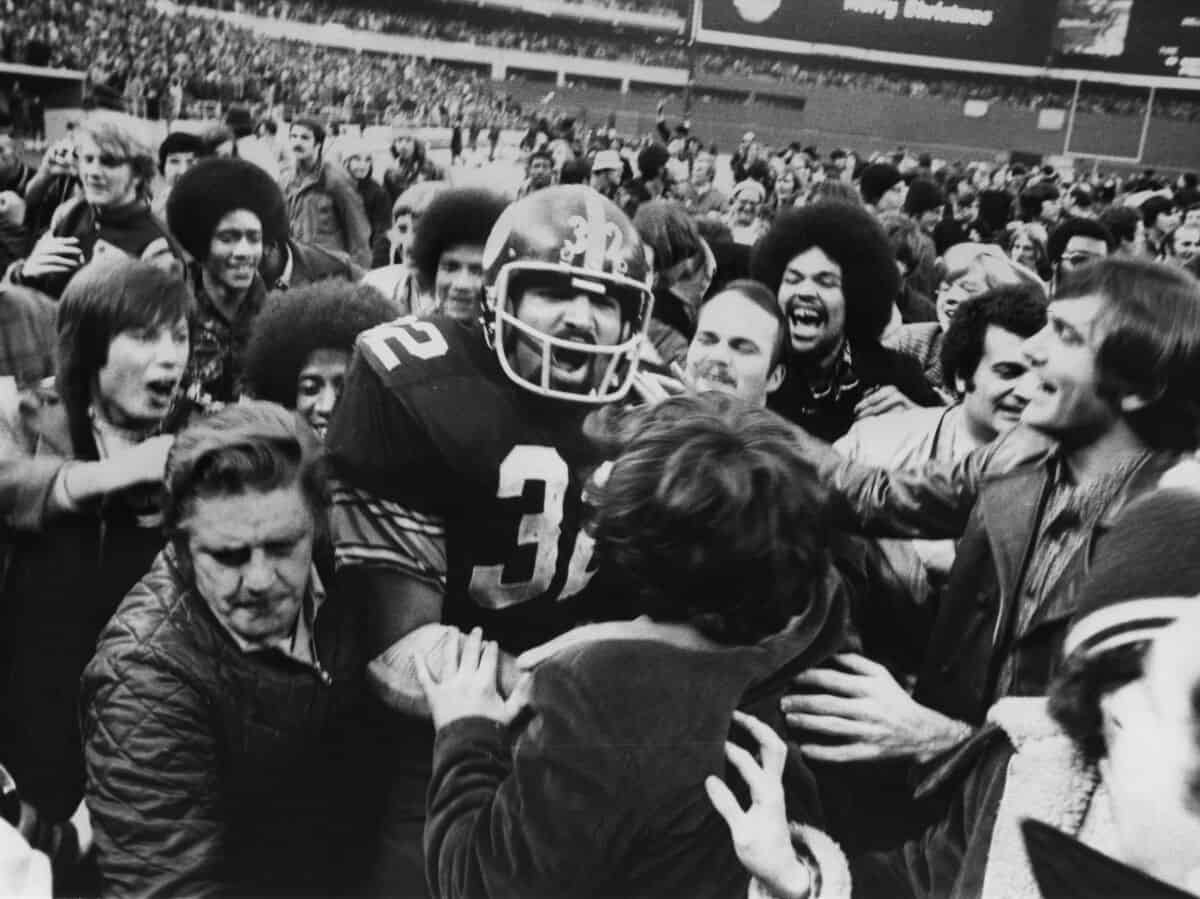 Pat Benic ’70 knows he has been a lucky man, but he wasn’t always sure that a career in photography would pan out. With some fortunate breaks and a willingness to say yes, this W&J math major continues his decades-long career of capturing world-shaping events across the globe. Benic is currently a Washington, D.C.-based photographer for UPI.

W&J Magazine: How were you involved at W&J during your time as a student?

Pat Benic: It all starts with a good education; W&J, a great liberal arts college, opens your mind.

You can do a whole bunch of things with math; I ended up using it for f-stops on cameras. I also was involved in a lot of different classes besides math. I took a lot of political science courses – there were nine or ten political science majors and me in a 400-level class.

Outside of class, I was always interested in photography. My brother Tom Benic ’67 helped me get started with photography in our attic back in Houston, Pa., developing rolls of film. I worked at the Red & Black, taking pictures at football games, etc. My junior year the College put me in charge of taking pictures for the student ID program, using a Polaroid. I even took some wedding photos when I was at W&J.

W&J: How did your career in photography develop?

PB: A lot of it has to do with fate. Sometimes when you fail it gives you an opportunity.

Right after college I was supposed to be an actuary. I had gotten a job with Mutual of New York. As I’m getting ready to start that position, I’m working at the Meadowlands racetrack taking pictures and my next-door neighbor says, “Have you ever been to Europe? Do you want to go?” I said, “No I haven’t, but it sounds like a good idea.” So I cancel the job, get my airline ticket, and head to Europe.

Two years later, fate has me in a situation where if I wanted to continue with math I have to go back to school for at least six months to freshen up. At that point, I’ve taken a lot of pictures and I just wanted to try the photo route. I’m working at the local newspaper, the Canonsburg Daily Notes, and end up getting assigned to the Yablonski trial to take photos.

For context, Joseph Yablonski had run for president of the United Mine Workers and lost, but it turns out he was such a dissident that Tony Boyle (his opponent in the UMW election) basically ordered his assassination. The trial was in Washington, Pa., and UPI did not have somebody there that day [at a key point in the trial] so they called me up. The pictures were everywhere; one week that picture was in both Time and Newsweek when they were really a big deal.

After that, I get a call from UPI to cover the ’72 Pirates and started my career in the playoffs as a caption writer for the center field photographer. Cincinnati beat the Pirates and I ended up getting into the locker room before anyone else and got some key pictures. Next thing I know, I’m sitting at 3rd base during the World Series, game two, Cincinnati versus Oakland As. There’s like six photographers covering the game; it ends up all the action came my way.

I got on the sports team as a freelancer and am covering all the major events. Still, I couldn’t get a staff job, so I went to law school at the University of Pittsburgh while freelancing and making pizzas on the side, and I finished the first year. That’s when UPI offers me a full-time job in Harrisburg, Pa. I finally became staff in 1975.

It’s a little bit of luck of the draw sometimes, but you also make your own luck.

W&J: How did you end up in position to get the shots? Is it instinct or did you just end up in the right place?

PB: The idea about photojournalism is to be objective; you are an objective viewer of history. Whatever is in front of you go with it. Get yourself in the right position. And even if you’re in the position, you still have to take the picture.

You can have five photographers look at the same scene and you’re going to get five different pictures, but there’s always the best images out of any scene.

There is a little bit of luck involved. In December 1972 while I was covering the Steelers, it looked like Oakland was going to win and I was getting ready to put the wide angle on and said nah, one more play before that. Sure enough, that’s when Franco catches that Immaculate Reception and runs into my endzone. Then he gets mobbed by the crowd later when the game’s over. It all happens in front of me. If I’m in the other endzone I don’t see that. I was at the right place at the right time.

W&J: How has photography changed over the decades?

PB: In the 70s, 80s, and even early 1990s before digital, it was an analog world. Through the end of the 1980s, clients only received 100 pictures a day. Now there’s tons and tons of pictures, but it’s still the same in many ways.

Historically in the wire service business, you had to do a little bit of everything and hopefully be pretty good at some things. You had to be able to shoot sports, know about politics, and care about the news. Now it’s more specialized.

I somehow had this reputation as a color expert even though I wasn’t a color expert. As a freelancer I ended up being the color expert taking pictures of Secretariat at the Kentucky Derby because nobody wanted to do color because back then, black and white is the stuff that gets in the newspapers. It got me to the Ali fights in 1974 as a freelancer.

I remember in the early 80s thinking, “Boy I’ve done a lot, maybe I should take a break.” Here I am 35 years later saying wow still having fun, let’s keep rolling.

W&J: You’ve documented an amazing amount of history over your career. What does it feel like looking back to have been there for these pivotal moments?

PB: When you’re doing it, it’s just your job. You don’t really think that this is a big deal, it just seems like a natural progression. (brandenberg gate or inauguration shot) (maybe space shuttle?)

At the time I was just following my gut, following the news, saying, “That seems interesting; I want to do that.” You have to have an open mind in anything. The world moves pretty fast and you might as well move along with it or it’s going to bypass you very quickly.

I wanted to do it all and I ended up doing it all. It’s been a good run, no question.

Most of the time, though, I don’t really think about it. I think about what I have to do tomorrow.

All images copyright of Pat Benic.

Benic was one of the speakers at the W&J’s Symposium on Democracy in February 2021. He spoke more about his career and about the January 6 riot at the U.S. Capitol, where he was inside the House of Representatives during the breach. A video of his talk can be found at symposiumondemocracy.org.