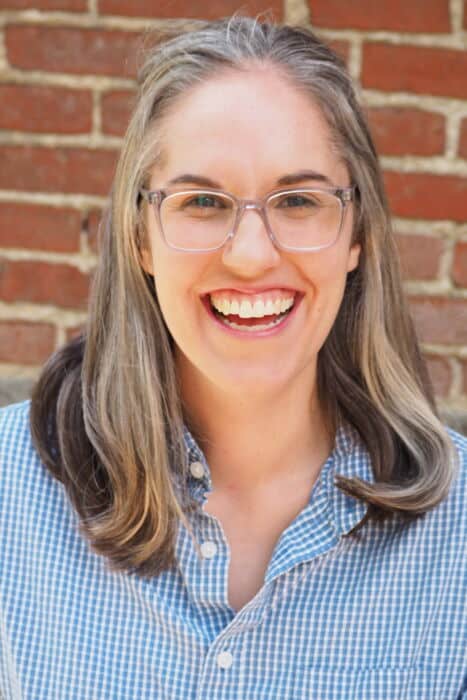 Elizabeth S. Leet is Assistant Professor of French in the Department of Modern Languages.

Professor Leet teaches all levels of French language and offers seminars on French literature and culture from the Middle Ages through the 18th-century, as well as on films that treat these periods. In her language teaching, Professor Leet asks students to use French creatively and spontaneously in interactions with their peers. Her students learn about French and Francophone culture in western Europe, Africa, the Caribbean, and North America through authentic documents ranging from contemporary films to Twitter threads. In one medieval seminar, studying films like “The Sword in the Stone” (1963), “Monty Python and the Holy Grail” (1975), and “A Knight’s Tale” (2001) alongside the medieval romances that inspired them prepares students for their final project: an adaptation of their favorite medieval tale into an illustrated children’s book.

In her scholarship, Professor Leet studies the relationships between people, animals, and the environment in medieval literature. She edited a 2020 special issue of the journal postmedieval entitled “Contact Zones: Fur, Minerals, Milk, and Other Things.” Each essay in “Contact Zones” studies an object, animal, or material in global medieval literature, art, or history that engenders or reveals a particular relationship between human identity and the more-than-human world. Her current book project, Cavalières: Horsemanship, Speech, and Gender in Medieval French Romance, examines literary displays of female equestrianism according to the tenets of chivalric training advocated by medieval horseman Jordanus Rufus. In this work, women surpass their male counterparts in feats of chivalry by mastering the interspecies language Rufus calls the source of equestrian prowess. Professor Leet also writes about coal, horse training, and neomedievalisms.