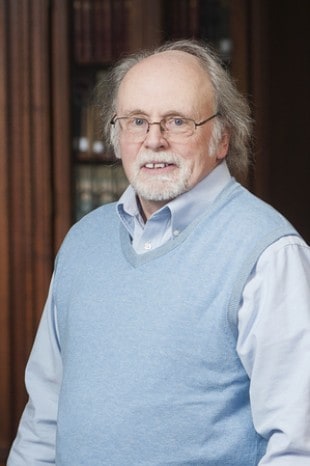 John Krol is an associate professor in the Department of Sociology. He began his educational odyssey at a small liberal arts school in Maine, Bowdoin College. After spending time at the University of Delaware, Virginia Polytechnic Institute & State University and The University of North Carolina at Charlotte, Dr. Krol returned to his “roots” at W&J.

In the large universities, Dr. Krol could have spent almost all his time teaching courses in the sociology of deviant behavior. But he branched out into the sociology of science, focusing on women in science for a few years. He also taught undergraduate and graduate sociology students in social theory and quantitative analysis. Perhaps the most significant articles he published during these years were on the deliberations of the United States Supreme Court. While at W&J he served a term as the book review editor of Deviant Behavior.

Influenced by his colleagues, Dr. Krol developed an interest in the Russian Federation. This has led to a series of courses exploring “Russia” since 1991, including one taught to students at the International University of Moscow. On a field trip with students in 2003, he visited classes at Moscow State University, the International People’s Friendship University and the Mathematical College of Russia. Various trips to the Russian Federation have enabled him to explore the development of young journalists and sportswomen in Russia.

An Intersession course called “Childhood is Not for Everybody” has stimulated a concern with the topics of that course: child soldiers, child slaves (forced labor), child prostitution and orphans. Hopefully, in 2007, Dr. Krol will pursue the development of a database on human trafficking during a sabbatical.