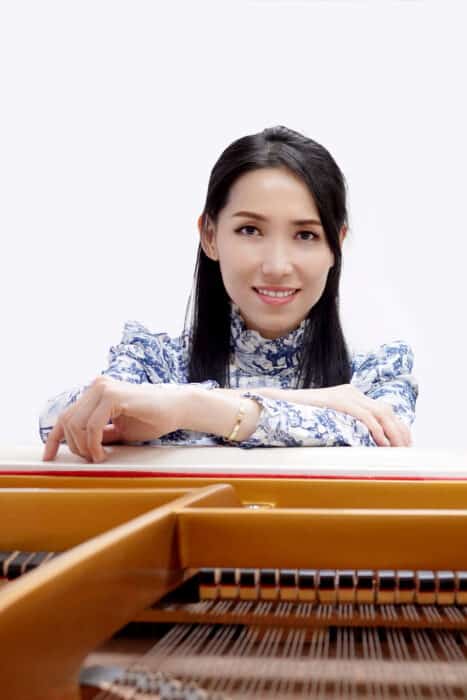 Juliana Yap is active as a soloist and collaborative pianist. As a piano teacher, she is specializing in young beginners, group piano, chamber coaching, accompaniment, and one-on-one private lessons. Currently located in Morgantown, W.Va., she is originally from Indonesia, where she began playing at the age of five. Her talent and passion for the instrument were immediately evident, but even after a lifetime of studies, she still regards her relationship with the piano as transcendent, describing it as a journey to a special musical world.

Juliana studied under the Royal School of Music (ABRSM) through which she was awarded North Sumatra High-Scorer in 1997, and the Yamaha Music Program. She completed her studies in the United States on a full scholarship and achieved a Bachelor’s, Masters and two Doctorate degrees in Piano Performance and Collaborative Piano from West Virginia University (WVU). She has, over the years, taught classes to non-keyboard undergraduate and graduate music majors, and has taught applied lessons to undergrad piano majors while assisting in several other School of Music divisions. Through this work, she was given the opportunity to work and perform in masterclasses with many renowned musicians, including Grant Cooper, Dr. Manabu Takasawa, Dr. Scott Beard, Maggie Snyder, Noah Bendix-Balgley, Hong-Guang Jia, Christopher Wu, the Amernet String Quartet, Dr. Mikylah McTeer, Dr. Amstutz, and Dr. Lucy Mauro. She has won many prestigious accolades, including the Presidential Award for Excellence in Scholarship, Creative Arts Center Award and a Canady Award for outstanding academic status and achievement. In 2013, she was awarded a WVU Dissertation Fellowship to study American female composer Margaret Ruthven Lang.

While performance may be her first love, teaching holds equal priority. Juliana continues to grow as an artist and learns as much from her students as she does from the musicians she has occasion to collaborate with. She loves to perform in chamber groups, the exchange of ideas and the group dynamic a living entity that brings fulfillment on many levels. In addition to conducting private lessons, Juliana is currently an adjunct piano professor at Washington & Jefferson College. In 2016, she served as an adjudicator for WVMTA D2 Spring Performances at Alderson Broaddus College in Philippi, W.Va. In 2015, she performed in the National Young Musicians Showcase at the iconic Carnegie Hall, and in 2010, she appeared at the Steinway-Haus Munich-Rubenstein Concert Hall in Munich.

As for the future, she plans to open a learning academy and music foundation, a project that will fulfill a deep personal desire to help the younger generation grow musically.