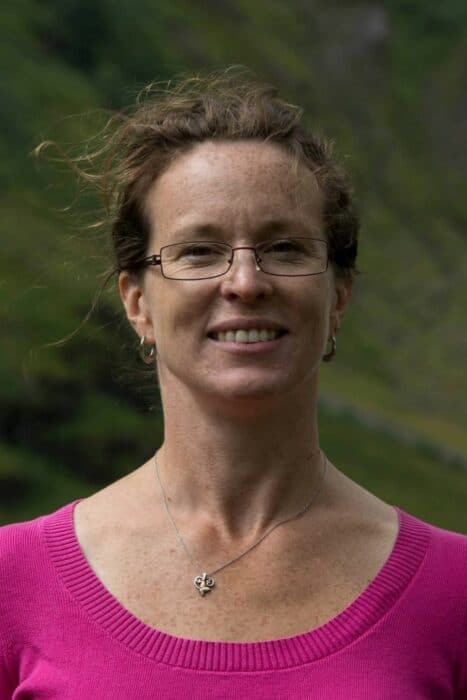 Dr. Karin Maresh was a gymnast and softball player throughout high school, and she has worked in various capacities of theatre, from venue and stage management, sound design, and acting to directing and dramaturgy.

Karin Maresh is an associate professor in the Department of Communication Arts and is the advisor to the Student Theatre Company and the College’s chapter of Alpha Psi Omega, the national honorary theatre society. She teaches a variety of courses including theatre history, film, gender and women’s studies, American studies, and acting. Additionally, she directs stage productions for the department, including musicals such as Avenue Q and Urinetown as well as dramas like Dancing at Lughnasa. Dr. Karin’s primary areas of interest include Irish theatre, particularly the Abbey Theatre in Dublin, women in theatre and film, American theatre, and musical theatre.

Dr. Karin also teaches a Jayterm travel course in Scotland where she introduces students to the world’s largest arts festival, the Edinburgh Festival Fringe. Students will next have the opportunity to take this course during the summer of 2022.