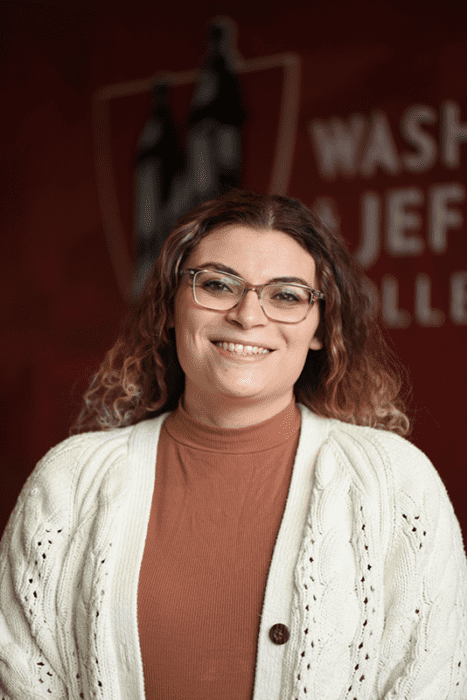 Lauryn Nett has been at W&J since July of 2019. She is originally from Michigan, just north of Detroit, but is loving Pittsburgh so far! She received a B.A. in Psychology from Eastern Michigan University in 2016 and a M.Ed. in Higher Education from Grand Valley State University in 2019. In her spare time, she enjoys being outdoors, watching The Office, and playing board games. She also has a crazy orange cat named Tostito. If you walk past New Residence Hall, you may see Tostito sitting in the window, birdwatching!