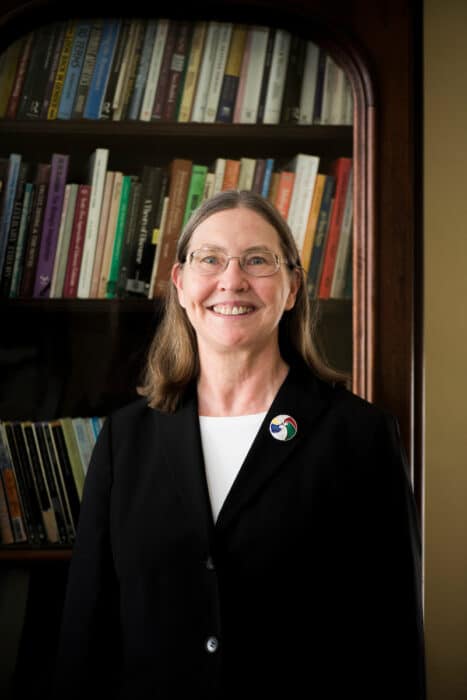 Linda Troost is Professor of English at Washington & Jefferson College.

At W&J, she teaches Editing and Print Design, Writing for Online Platforms, British Literature I (Beowulf through Paradise Lost), Studies in Renaissance Literature, and Studies in the Long Eighteenth-Century as well as topics courses in Jane Austen and British drama. During 2005–14 and 2018–19, she served as chair of the English department; since 2015, she has coordinated the undergraduate program in professional writing.

She has published widely on a variety of subjects and lectured on several continents. She was the founding editor of the scholarly series Eighteenth-Century Women (AMS Press, six volumes) and, for two decades, the editor of Topic: The Washington & Jefferson College Review. Most notably, she coedited Jane Austen in Hollywood, the book that established the field of Austen adaptation studies.

She is active in the American Society for Eighteenth-Century Studies, the Jane Austen Society of North America, and the International Robin Hood Society. She has served as secretary/treasurer of the Council of Editors of Learned Journals and president of the East-Central American Society for Eighteenth-Century Studies. Currently, she serves on the editorial board of Adaptation (Oxford UP) and the advisory boards of Eighteenth-Century Common, a public humanities website, and Outlaws in Literature, History, and Culture, a book series from Routledge. Recently, she was invited to join the board of the North American Friends of the Chawton House Library.

In 2000–01 and 2008-09, she was a visiting research fellow at the University of London’s Institute of English Studies. In 2015, as a visiting fellow at the Chawton House Library, she lived and researched just down the lane from the cottage in which Austen wrote her celebrated novels.