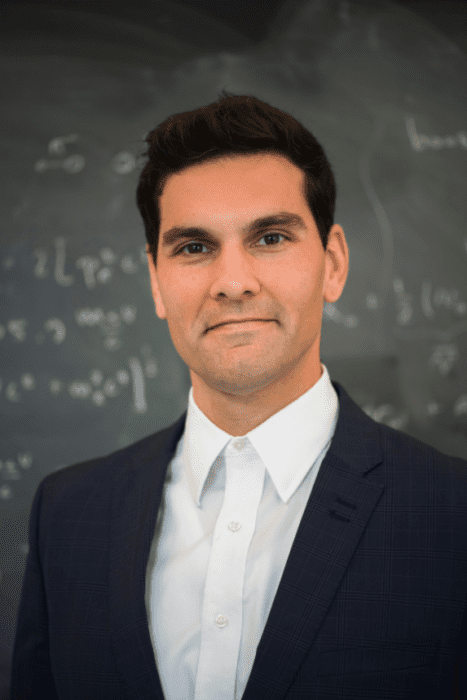 My research is in the field of nuclear particle physics, specifically the photoproduction of mesons off of the nucleon. By performing experiments at the Thomas Jefferson National Accelerator Facility in Newport News, Virginia, I study the interaction between quarks and gluons, the fundamental components of more familiar systems such as protons, neutrons, and atomic nuclei. I work with the GlueX Collaboration, an international consortium of researchers investigating many features of the strong interaction.

My recent work has been on searches for beyond-Standard Model physics in the rare decays of baryons containing a single strange quark, the so-called hyperons.

My research interests are not limited to nuclear physics! I work with undergraduates on research projects in the areas of particle physics, machine learning, and the computational simulation of many-body systems.

My students have presented their research at conferences across the US and Canada (some of these are linked via Google Scholar below), and several have gone on to pursue their work in graduate programs in the sciences.

I am also dedicated to the study of physics pedagogy, specifically the efficient integration of laboratory and lecture experiences, and the development of foundational skills at the undergraduate level. My particular interests in the classroom include classical and quantum mechanics, mathematical methods and teaching computer programming in the context of the Natural Sciences.