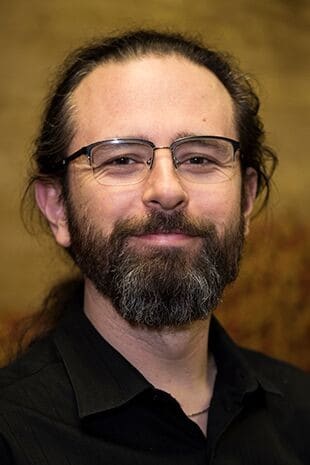 Michael P. Wolf is a Professor in the department of philosophy. His research focuses on the philosophy of language, theories of knowledge, metaethics, and normativity. His work on these subjects has appeared in journals including Philosophical Studies, Pacific Philosophical Quarterly, and Contemporary Pragmatism. Michael is the co-author with Jeremy Koons of “The Normative and the Natural” (2016), which addresses normativity in ethics, semantics, and scientific practices. Along with Mark Lance, he is the co-editor of “The Self-Correcting Enterprise” (2006), a collection of essays on the philosophy of Wilfrid Sellars. He has also written articles on objectivity, speech acts, and the philosophy of humor. He regularly teaches classes on death, race, bioethics, and logic. When he grows up, he wants to be John Coltrane.