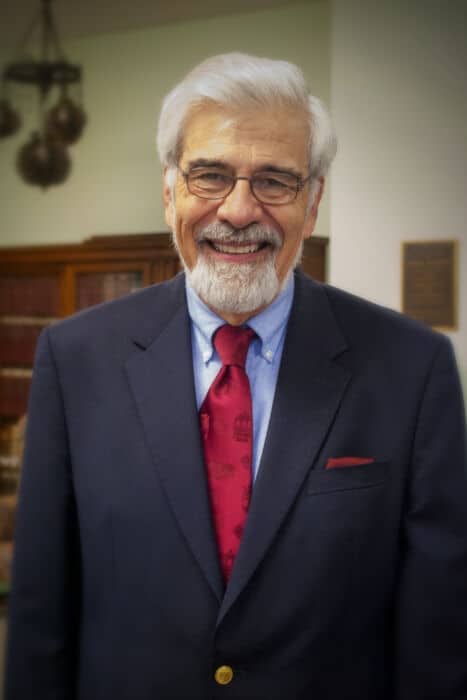 In April 2014, contributions from generous alumni endowed a Curriculum Fund for English Professor Emeritus Richard Easton and Professor of Education Patty Easton to establish the interdisciplinary Conflict and Resolution Studies concentration (CRS) at Washington & Jefferson College. After deciding not to retire at the request of the administration, Richard Easton was named director of the program and teaches the program’s required course. Patty Easton, along with 18 additional faculty members, will teach the program’s affiliated courses.

The mission of the CRS concentration is to provide theoretical and practical experience to explore the causes of conflict and the possibilities of their reduction or elimination. The program embraces the study of family, international, and national conflicts. Exploration of civil discourse, social justice issues, and leadership qualities are important values of the new concentration.

In the short period of time since the inception of CRS, the program has become highly successful. With students from across the curriculum, enrollment doubled this year after the program graduated its first class of students last spring. Fall 2016 courses included offerings from communication, education, English, environmental science, philosophy, political science, psychology, religious studies, and two courses specific to CRS—one theoretical and one practical.

The program allows enrolled students to think about their future careers in new ways. In a recent assessment, students say they foresee using their new skills to enhance careers “in the legal profession, at the State Department, in local and federal government work, in human resources, in family counseling, and for their own family relationships.” The program has also opened up the opportunity for students to consider new career paths in international mediating, in law enforcement, in the military, and as teachers. The program has also guided two students to pursue Magellan Projects in Northern Ireland and has two others studying at universities in Ireland and the Netherlands. Others are applying for U.S. and international graduate school acceptance and scholarships in this new academic field.

The CRS lecture series has had wide campus and community effects. Belfast’s International Mediator and Peace Award winner Mary Montague became a fall 2016 Maxwell Scholar in residence. Her public lectures have garnered praise from the Observer-Reporter, as well as attendees who filled the College ballroom repeatedly. Her CRS course, Mediation in the Classroom and Community, offered students mediation training and included them in important outreach to the Washington School District and to a Southwestern Pennsylvania Court Conference for one hundred child advocates, judges, and lawyers. During International Week in April 2017, CRS will present public lectures and classroom appearances by southeast Asia peacebuilder Shadia Marhaban from Aceh, Indonesia.

The Eastons are very grateful to the alumni for their continuing support in developing this new program. “This may indeed be the best act yet in my long-running career,” said Richard.