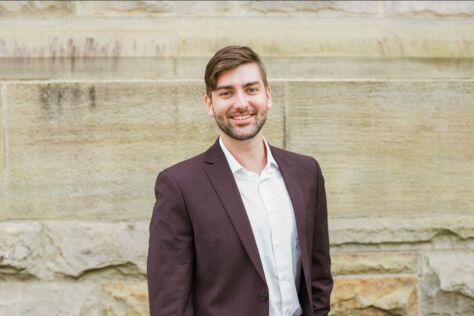 During his time at W&J, Preston was highly involved on campus as a brother in Beta Theta Pi and a founding member of the Advocates for Sexual Assault Prevention (ASAP). Through both organizations, he learned the power of community engagement.

Of his many fond memories at W&J, a stand-out is his experience at Arrowbands in 2016 where he and his Beta brothers performed a Blink-182 song.

“It was just a goofy thing, but it was so much fun and we were raising money for a good cause,” he said.

He’s already giving back to W&J as an alumnus by coming back to campus as a liaison for PULSE, working to provide opportunities for current W&J students. Being an active part of the community comes second nature to Preston, and it’s a trait he developed at W&J.

“The College helped me to truly be in a state of mind that I want to grow, I want to serve, and I want to practice what I preach,” Preston said. “W&J is a leader in creating community servants.”

WASHINGTON, PA (August 4, 2022)—The Gladys Brooks Foundation, a New York-based foundation, recently awarded a $100,000 grant to the Department of Modern Languages at Washington...