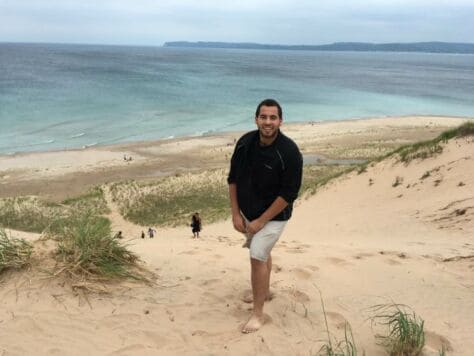 The Washington & Jefferson College graduate and current University of Michigan Ph.D. candidate is the first in his family to pursue a Ph.D., which he is on track to complete this academic year. He took his first steps toward activism in the STEM space earlier this year when he began to speak with groups from across the nation (including students at W&J) about racism both in the context of and outside of STEM careers. And now he’s accepted an offer to begin his first post-graduate job with pharmaceutical giant Pfizer in July 2021, working with their medicinal chemistry department working in drug development.

Wes’s knowledge and dedication are taking him on an incredible journey, but it’s one that started back at W&J.

“I felt up to the challenge largely due to the W&J education I had received, and the incredible support that I had from my advisor and dear friend Dr. Michael Leonard, the chemistry department at large, and in the Division of Student Life—particularly from Cindy Smith, Lisa Allen, Justin Swank, and Dean Eva Chatterjee-Sutton,” Wes said of starting his graduate program at U of M with support from the Rackham Merit Fellowship. “Even though I was going into a highly specified chemistry program, I found the breadth and depth of the education I received at W&J made me feel ready.”

The foundation he established at W&J was one built on a customizable experience that put him in classes like German Culture Through Film alongside Organic Chemistry. Even at moments when he struggled, he found his footing when he was challenged to see things from new perspectives and work with others with viewpoints different from his own. The environment built around creative thinking, determination, and collaboration carried through his graduate experience and encouraged him to seek help when dealing with bouts of depression during the third year of his program.

It’s contributed to his growing confidence which encouraged him to pursue opportunities outside of the lab.

“Toward the end of that, I had started to gain confidence in things aside from just chemistry. I found it’s really staying true to that liberal arts mindset,” Wes said, noting he found a passion for home brewing and working on his car. He also engaged in passing on the knowledge he’s learned doing mentorship, even leading a technical seminar at W&J for current students.

And in June when the racial inequity in the United States was thrust to the forefront of the national conversation following the death of George Floyd, Wes found himself asking what he could do to fix that problem beyond his one-on-one conversations with those in his immediate circles. A mid-June shutdown in academia gave him the chance to consider the problem, and he found a way to approach the conversation with groups within the STEM field using facts and data in addition to his own experiences.

Wes sent slides of his work to his professor connections at W&J, including Professor of Biology Ron Bayline, Ph.D., who invited Wes to speak with his FYS class on underrepresented folks in the STEM field.

“I was excited to have that conversation,” Wes said. “To try to express that this is a “we” problem and not a “Black” problem is vitally important to me. The responsibility cannot be on myself and my Black brothers and sisters alone. We have to get white allies on board.”

He’s heartened to see a commitment to equity from Pfizer, which will allow him to continue participating in community engagement efforts as he steps into his professional role in the summer of 2021. Joining the drug development team also will allow Wes to achieve his dream of making a difference in people’s lives through medicine—one he’s had since he lost his grandfather to cancer in 2011.

“I’m not sure just yet of what disease areas I’ll be working in, but I’m hoping to develop life-changing medicine and to be able to say one day that I’ve worked with a team to contribute to a therapeutic that makes people feel more hopeful,” he said.

The future is full of possibility for Wes, and on the precipice of his next big steps, he’s reminded of the alumni who came to W&J during his time as a student and gave him the inspiration to go to grad school. He now serves as a source of inspiration for the next generation of W&J students. 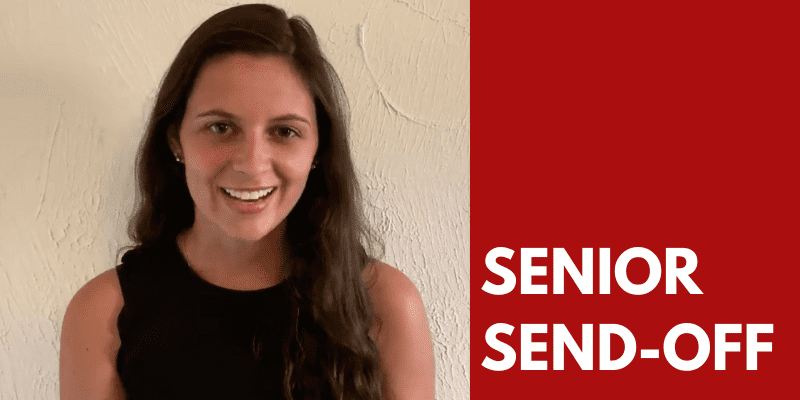 WASHINGTON, PA (July 13, 2020)–Though our Commencement festivities have been postponed, we’re still excitedly celebrating the Class of 2020 and all of their accomplishments. As…