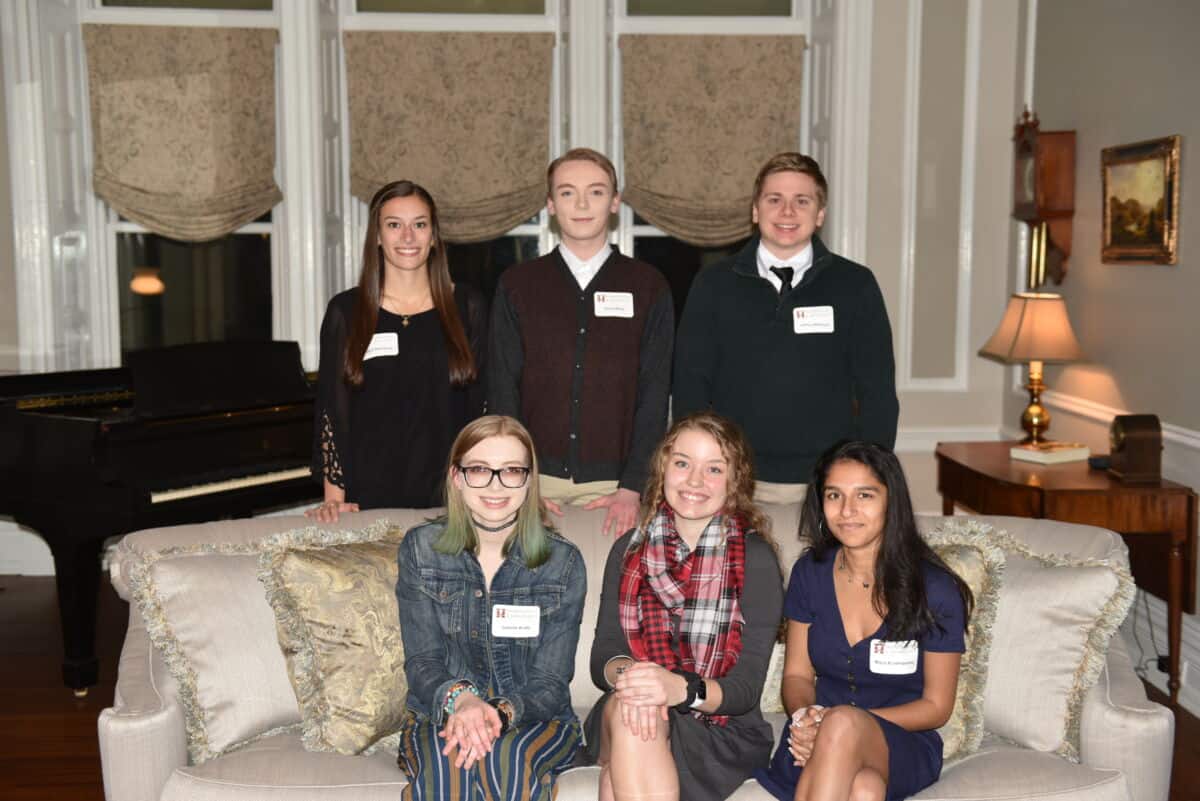 Established in 1987 through the bequest of an anonymous donor, the James Rule (W&J Class of 1898), Howard Hughes (Class of 1911) and Robert Murphy (Class of 1906) Memorial Fund annually provides a monetary award to high-achieving sophomores at W&J.

Jeffrey is a mathematics and economics major and finance minor. He is the secretary of the W&J Investment Club, a PAL Tutor, an Alpha Scholar and a member of the Washington Fellows, the National Society of Leadership and Success (NSLS) and the Men’s Soccer Team. He plans to attend graduate school to continue studying economics and apply to work for the Federal Reserve.

International Studies and Spanish double major Clara is highly involved on campus. She is the Vice President of Alpha Lambda Delta Honor Society, a Captain of the W&J Lacrosse Team, a Matthew Brown Fellow, a LINK mentor, and an Alpha Scholar. Clara also is a member of the Student Athletic Advisory Committee, Washington Fellows, NSLS, and Model United Nations. She has appeared on the Dean’s List for her academic success, completed a Magellan project to Spain and Morocco, and occasionally performs with the Jazz Band as a vocalist. After graduation, Clara plans to attend graduate or law school to study international relations.

Maya Krishnasamy, a biochemistry major, has thrived during her time at W&J. A leader on the W&J Tennis team, Maya has earned recognition for her skills on the court, including taking the President’s Athletic Conference (PAC) Newcomer of the Year award following her freshman season and being named the PAC’s Player of the Year this season. She is a Washington Fellow, and Alpha/Beta Scholar, and a member of Delta Gamma sorority, Alpha Lambda Delta Honor Society, NSLS, and Biology Club. Maya plans to attend medical school and become a primary care physician.

Isabelle is an International Affairs and Spanish major and a leader on campus, serving as the President of the Newman Center Catholic Campus Ministry, Vice President of Spanish Club, and Co-Chair of the Integrity Pillar of the Washington Fellows Program. She is a member of NSLS, Alpha Delta Lamba, Model United Nations, and the Alpha Scholars. Isabelle student-teaches Spanish at the LeMoyne Center and brought the National Voter Registration Day event to W&J. She plans to earn a master’s degree specialization in International Affairs, become a diplomat from the United States government, and one day become the President of the United States.

French and German double major Devin Black has devoted much of the first half of his time at W&J to providing campus engagement opportunities for his peers. Devin is The Hub Student Supervisor, an admissions ambassador, a Student Government Association Class Representative, and the Student Activities Board Off-Campus Director. He plans to attend graduate school to study linguistics and pursue a career that allows him to travel the world to allow him to always continue to learn and grow.

Alexis is an economics major with a business administration minor, a Beta Scholar, and treasurer of Alpha Lambda Delta Honor Society. She is a member of the W&J Women’s Volleyball team, for which she was named to the 2019 PAC Sportsmanship Team, a member of the Student Athlete Advisory Committee, a member of NSLS, and she holds a spot on the Dean’s list. After W&J, Alexis plans to pursue a career as an environmental economist.

Washington & Jefferson College (W&J) physics students are preparing for lift off, and are inviting students from other campus departments to join them.