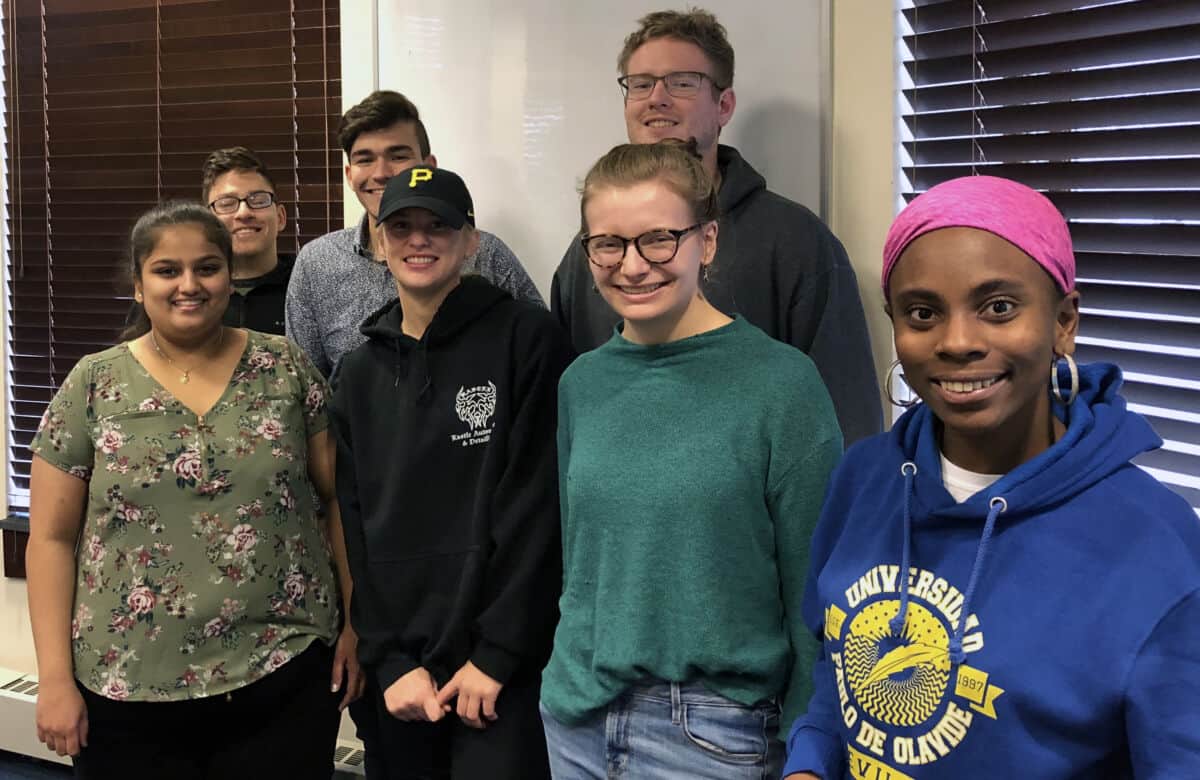 WASHINGTON, PA (Dec. 4, 2019)—In the case of who wrote an entire novel in their second language over the course of a semester, the culprits are eight Washington & Jefferson College (W&J) students.

The class’s novel follows Californian journalist Mark Wachakyowskis Jr. as he returns home to Pittsburgh to attend his father’s funeral. During the viewing, Mark Jr. notices that his father’s prized watch is missing and begins to question the nature of his father’s death. He enlists the help of his private investigator friend Tayler Jefferson, and the drama unfolds as they work together to find out what really happened to Mark Sr.

To write their book, the students planned out the plot together in class, then each took on separate chapters before workshopping their individual pieces into one cohesive novel.

“Everyone brought a lot of to the table with their own unique viewpoints,” Ryan said. “A lot more came out of it than we anticipated when we initially started our discussions.

The group agreed that working together allowed them to craft something truly special.

“Individually, we wouldn’t have been able to come up with a story that strong,” Maitri said.

Though putting together a novel presented challenges for the students, each was able to flex their creative muscles and connect with the culture of Spain in a way that deepened their understanding of the country and its people. Dr. Alpañés was proud of the work the students did.

“They did a great job—in terms of creating a coherent story, working together, all of it,” she said. “It reads like one voice throughout the novel.”

The class has enlisted the help of other students to create the cover art for the novel and plans to publish a digital version online at the end of the semester.

W&J will induct 24 members of the Class of 2021 into Phi Beta Kappa, the country’s oldest and best-known honor society.

Prez Tech Challenge: Class Takes A Closer Look at the History of W&J through Photos