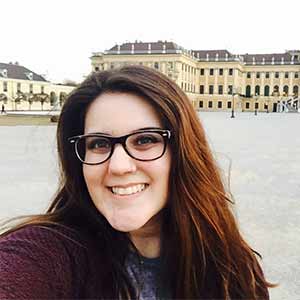 Living at the University of Vienna with other exchange students, speaking German, and traveling around the region, Michaela had an incredible semester that expanded her view of the world and her academic study.

Washington & Jefferson College at the University of Vienna

“I am thankful to be able to see and compare these cultural differences because we can hear about them and read about them, but we don’t really know them until we’ve experienced them… I have learned so much about myself. I have become so much more independent than I ever could have imagined possible. I have improved my German immensely. I have made friends from all over the world. Going on a semester abroad has hands down been the best decision I have ever made.”