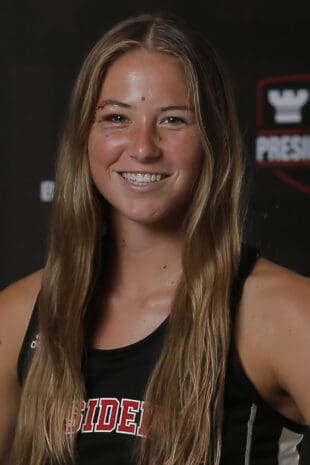 “Coach (Coghlan) always said we need to play W&J field hockey. This means we play a hard, respected and classy game. She didn’t just impact our skills on the field, she impacted our character and attitudes off the field.”

The three tenets of the W&J field hockey program established by head coach Jomara Coghlan have proven to be a successful formula.

Since Coghlan arrived at W&J in 2007, the team has never had a losing season. The program has won at a 68 percent clip (155-73) over the last 12 years and has been building momentum towards accomplishments like those of the 2018 season.

The 2011 Presidents claimed the school’s first-ever Empire 8 Conference Championship. In 2017, W&J swept the regular-season and conference tournament titles, but suffered a heartbreaking 3-2 overtime setback at Centre (Ky.) in the NCAA first round.

Those moments helped set the stage for 2018. The Presidents had four returning seniors (Alana Boyd ’19, Rachel Buyan ’19, Gabby Karr ’19, and Claire Shaak ’19) who were ready and prepared to lead the group of 20 women.