Eddie Nogay ’14 was able to pursue both his dreams of playing college baseball and working towards attending law school at W&J.

This piece, written by Nogay, was originally published on pacathletics.org as part of the Presidents’ Athletic Conference’s Personalities of the PAC series. The series ran during NCAA’s Division III Week, a celebration of the division's unique philosophy that equally values academics, athletics, and student-athletes' involvement in a full and rich campus life.

"One spring afternoon a few years back, it struck me that I had made the right decision. The urge to play college baseball paired with the idea of pursuing a worthwhile degree motivated me to be selective in choosing which college to attend.

Playing a college sport was the dream, but acceptance into law school was always the goal. I wanted both. It didn’t seem balanced to have to pick between the two and spend my undergraduate years pursuing one and abandoning the other. In particular, I felt a strong urge to compete at the next level while earning a degree that would prepare me to excel in graduate school.

What I realized on that spring afternoon, while sitting in the library during my final semester of law school and watching the W&J baseball team compete for a Division III National Championship on my laptop, was that my decision to attend Washington & Jefferson College enabled me to do both.

Washington & Jefferson College is a small, private liberal arts college about 30 miles south of Pittsburgh and a reasonable drive from where I grew up. For me, the location could not have been better. As one of triplets, I was influenced by my brother’s decision to attend WVU and play baseball, and my sister’s choice to attend Pitt to pursue her dream of becoming a veterinarian. We would all be attending colleges within 75 miles of one another along Interstate 79. At W&J, I was right in the middle – literally and figuratively.

As a member of the W&J baseball team, I learned the importance of punctuality, accountability, and time management. These are habits I practice every day in the real world. A winning tradition, top-notch facilities, and a recruiting class of other student-athletes that wanted to get it done both on the field and in the classroom validated my decision to attend W&J. Our team twice competed in the NCAA Tournament, chased down school records, and won championships.

I look back and realize how lucky I was to have such an amazing opportunity, an opportunity to surround myself with like-minded, driven individuals and play for a coach who emphasized academic excellence and attention to detail.

I have benefitted immensely from the routine-driven lifestyle that I led as a D-III student athlete and would not be where I am today without that life experience. My “former teammates” are now life-long friends, and I have a calendar filled with upcoming wedding invitation dates to prove it. We stay involved in each other’s lives and make it a point to meet up every so often and relive those stories that only get better with time. 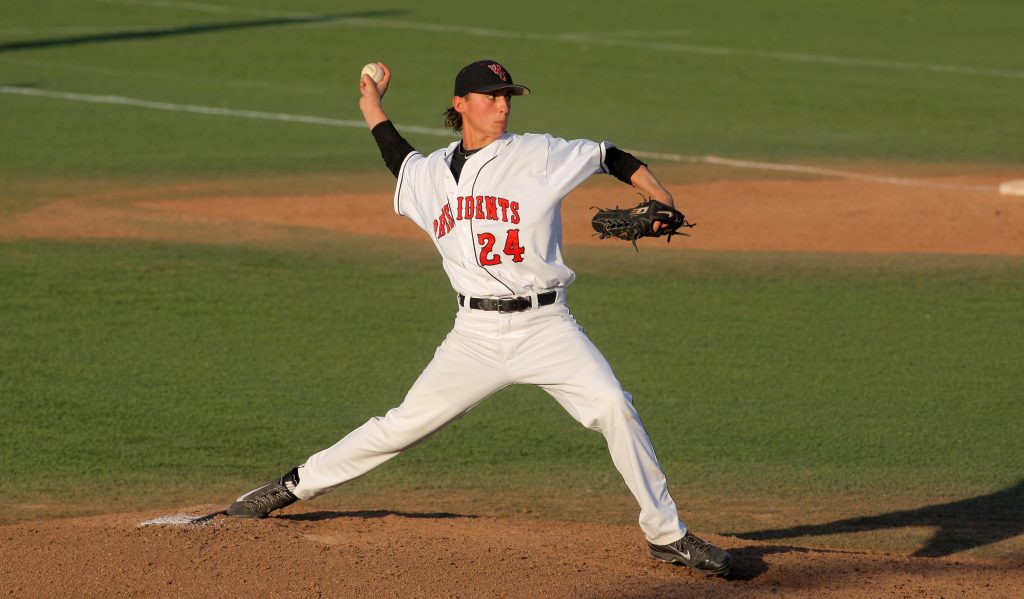 Looking back, I really appreciate the well-rounded liberal arts education I received at W&J and the life lessons gained from four years as a college athlete. W&J taught me to think critically, pursue my interests, and keep an open mind. During my studies in English and philosophy I developed an interest in poetry and literature and an intellectual curiosity about the world around me. These traits enabled me to excel later in law school. I graduated at the top of my law school class, passed the bar exam, and earned a clerkship with a federal judge. Many people at W&J played a major role in my success.

Reminiscing on the details of fall ball games under the lights at Ross Memorial Park, 5:30 a.m. conditioning sessions in the gym, spring trips to Florida, and bus rides to away games all over the PAC comprise some of my most cherished memories. I chose to play baseball at a Division III school so that I could compete from day one, surround myself with good people, and never lose sight of my goals for life after college. From incredible professors to teammates who became my brothers, W&J provided a college experience that was equal portions academics and athletics. That balance, I believe, is the true essence of a Division III student-athlete —or as the Romans phrased it, “Mens sana in copore sano”— a healthy mind in a healthy body.

I will always be grateful that my parents encouraged me to attend W&J and for the opportunity to earn a degree from a top-notch school and play college baseball. I will carry with me those unforgettable experiences and enduring life lessons, and always give credit to W&J."

Eddie Nogay graduated from West Virginia University College of Law, passed the bar exam, and is currently employed as a federal law clerk for a United States District Judge. He earned a NCAA postgraduate scholarship and was named a Division III baseball All American. Nogay finished his pitching career at W&J with a record of 28-2.

Exhibiting Excellence: W&J students hit it out of the park with exhibit for Flight 93 National Memorial

Creating a museum exhibit for a national audience isn’t something most undergraduates have the opportunity to do, but nine W&J history students had that chance last spring and attended the debut of their exhibit, “Down but not Out: Baseball after September 11, 2001,” at the Flight 93 National Memorial in April 2018. Watch the video from the exhibit’s debut. A visit years earlier to the Flight 93 National Memorial started a conversation between Assistant Professor…

Above & Beyond: Young alumni explore their passions and find ways to create change

These four W&J young alumni are making a difference in the Pittsburgh area and beyond. Find out how they are reaping the benefits of a liberal arts education and succeeding in their careers, while still finding time to give back to their alma mater. Read more about their stories and how they have taken their education and applied it to life after college. Matthew Rudzki ’08 Many W&J alumni go above and beyond to make…

On a cold Friday night in February, Nico’Lee Biddle ’12, John Frazier ’12, Rachel Mastromarino ’10, and Matthew Rudzki ’08 returned to their alma mater to share their journeys of discovery, scholarship, and success with prospective students. While what drew them to the College differed, the group was united in their appreciation for the experiences they had at W&J that allowed them to create their own paths after college. The lessons they learned on campus…

Although Rachel Mastromarino ’10 considered a career in teaching, her interest in English and art led her to the museums of London where she found her future profession. A drawing course with Professor of Art Patrick Schmidt her freshman year led to a second art course, after which Schmidt encouraged her to pursue the major. While she had already declared majors in English and studio art before an intersession trip to London, the experience allowed…