Addressing the audience in his inaugural speech, Dr. Knapp said he is honored and humbled by the trust the W&J community has placed in him, and that he is thankful for the leadership and contributions of predecessors.

“Up to this point in our program, one might imagine that this is all about one person, so I feel compelled to disabuse you of all that,” he said. “Today is first and foremost the inauguration of a new season of possibilities for all of us.”

Dr. Knapp noted that educators have played a vital role in sustaining the American republic, and that this will continue with the first Washington & Jefferson Symposium on Democracy, to be held in February 2018, which will bring W&J into the national conversation about today’s societal challenges, and explore issues from many perspectives. Details on this event will be release later this year. Dr. Knapp also announced that a new strategic plan for the College also will be developed that will allow the institution to adapt to the changing needs of students and other members of the College community.

Among these initiatives, Dr. Knapp said the College will never compromise on its three main commitments: to remain a distinguished college whose graduates are known for their personal integrity and social responsibility; uncompromising commitment of excellence in everything we do; and to be unwavering in its commitment to a distinctive academic program grounded in the liberal arts and sciences.

“I’m proud that Washington & Jefferson remains true to the higher purposes of higher education … By cultivating uncommon integrity and responsible citizenship we are serving society and giving our grads something infinitely more valuable than a mere ticket to a trade. We will be guided by this timeless mission as we chart our course in an era when private liberal arts colleges face pressures from stiffening competition, changing demographics, greater demands to contain costs and demonstrate value I have no doubt that W&J will successfully meet these challenges but we must be willing to adapt and integrate in order to stay at the forefront.”

Dr. Knapp’s career includes serving as president of Hope College in Holland, Mich., for four years prior to his appointment at W&J. A renowned expert in ethics as well as a seasoned academic, administrator, professor, author, consultant and community leader, Dr. Knapp was founding director of the Frances Marlin Mann Center for Ethics and Leadership at Samford University in Birmingham, Ala. He also established and directed the Center for Ethics and Corporate Responsibility at the J. Mack Robinson College of Business at Georgia State University in Atlanta, Ga.

Additionally, he founded and chaired the Atlanta Diversity Management Network, a project dedicated to sharing best practices among the region’s largest employers, including five universities. Prior to his academic career, Dr. Knapp was a successful entrepreneur, trusted advisor and president of a communications consulting firm in Atlanta.

“W&J has a long history of excellence in the liberal arts, evidenced by our established and outstanding academic and extracurricular programs. Dr. Knapp is an insightful and exceptional leader in the field of higher education, and his talents make him an exceptional choice to lead W&J into the future,” said Richard T. Clark (’68), chairman of the College’s Board of Trustees. “The Board is fully confident that Dr. Knapp will lead W&J to even greater achievements and engage everyone to build toward an even brighter future for the College.”

Trustee Diana Reed, chair of the W&J Presidential Search Committee, said the search and selection of a college president is perhaps the most important activity a Board of Trustees can undertake, and that in today’s challenging academic and economic environments, a college president must be exceptional in many areas of expertise and talent.

“Dr. Knapp’s dedication to higher education is evident in many facets of his career. He has maintained a high academic profile at the collegiate institutions he has served, and has been recognized and awarded for his scholarly work. His focus on liberal arts education extends to the values he places on diversity and inclusion, and he has a proven track record of increasing diversity at the institutions he has served, uniting faculty, staff, and students behind a common vision. The Search Committee is thrilled with the outcome of this process, and we believe Dr. Knapp is the right person to lead W&J into the future, while appreciating and supporting the College’s strong history and existing programs.” 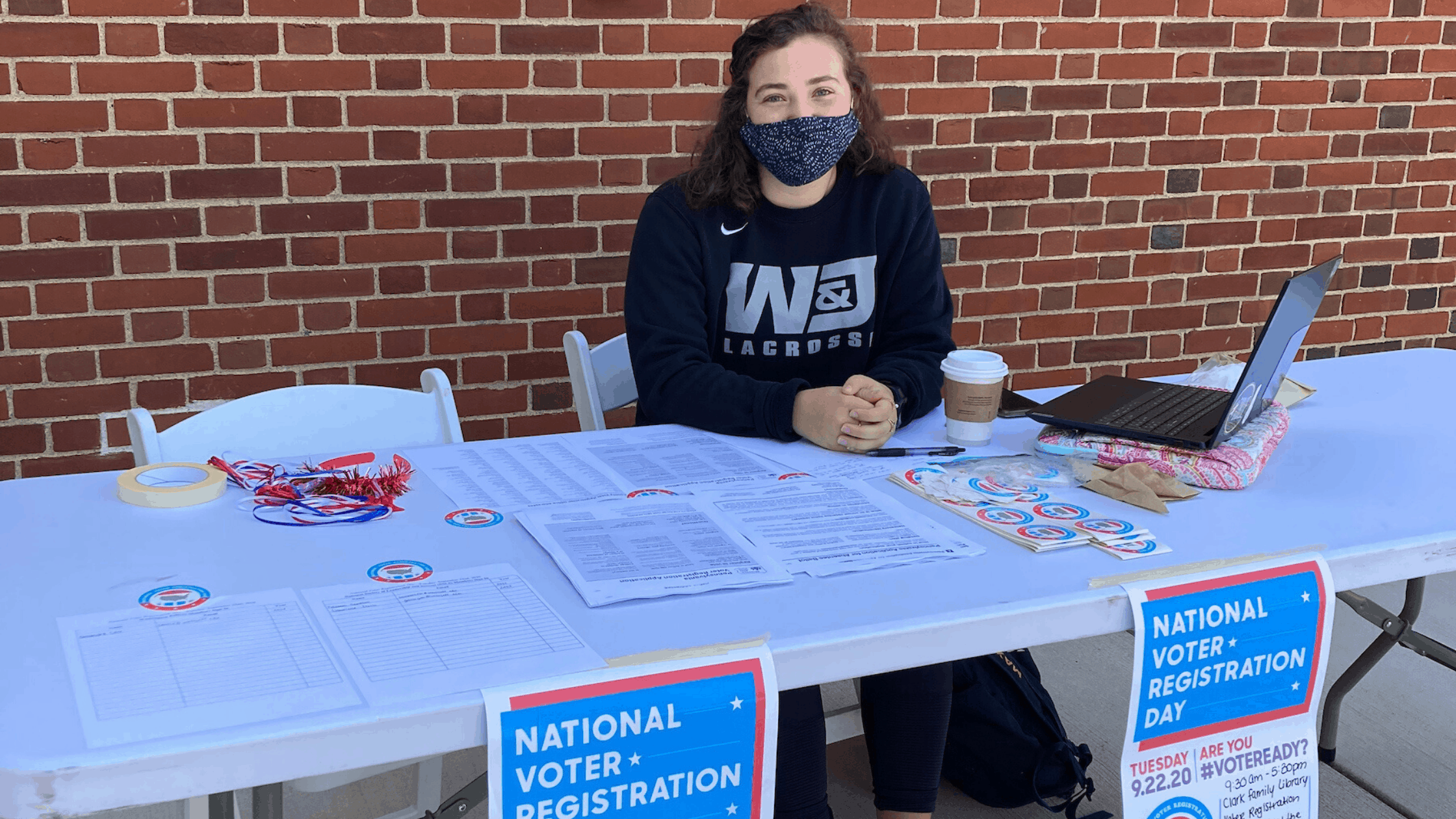 WASHINGTON, PA (Nov. 5, 2020)-The 2020 presidential election is just one of the stories that’s dominated the news cycle this year and W&J students have…

WASHINGTON, PA (March 26, 2014) –The Washington & Jefferson College (W&J) Office of Career Services reports that 94 percent of students from the Class of...