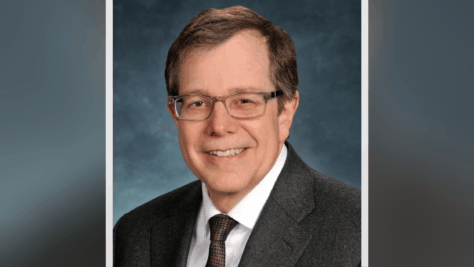 WASHINGTON, PA (July 24, 2020) – Washington & Jefferson College will hold its 221st Commencement ceremony virtually on Aug. 1, 2020. In addition to recognizing the graduates individually, as well as faculty and staff award winners, an honorary Doctor of Science will be presented to Mark L. Tykocinski, M.D. of Thomas Jefferson University.

As the Anthony F. and Gertrude M. DePalma Dean of its Sidney Kimmel Medical College, a role in which he has served since 2008, Tykocinski oversees the nation’s 5th medical college with a storied, almost two-century legacy and the largest medical alumni base in the nation. Sidney Kimmel Medical College and W&J are closely connected; W&J’s Class of 2020 includes the first students to graduate from W&J after completing year one of medical school. This is possible through the Integrated Program in Human Health, a unique partnership in which W&J students with majors outside of the natural sciences can begin medical school at Sidney Kimmel Medical College after their junior year at W&J. Thomas Jefferson University initiated the partnership as part of the University’s efforts to bring more liberal arts students into their medical college.

In his first five years at Jefferson, he also served as President of Jefferson University Physicians, and in 2013 he became the first ever Provost and Executive Vice President for Academic Affairs of the university. With the groundbreaking 2017 merger with Philadelphia University (formerly Philadelphia College of Textiles and Science), he now leads a national doctoral university that comprises ten colleges spanning a range of professional training pathways, from health and science to design, business, fashion, engineering and architecture.

Before joining Jefferson, Tykocinski spent a decade as professor and chair of the Department of Pathology and Laboratory Medicine at the University of Pennsylvania. Under his leadership, the department emerged as the #1 NIH-funded department of its kind in the country. It also featured prominent postgraduate training programs in clinical laboratory diagnostics and transfusion medicine, as well as high-profile commercialization of biomedical discovery. Notably, lab-on-a-chip microfluidic and CAR-T cancer immunotherapy technologies were developed in the department and launched towards commercialization under his purview there.

Tykocinski’s research contributions have been in the fields of molecular and cellular immunology, cell surface engineering, and biologics innovation. He has pioneered new categories of fusion protein pharmaceuticals, with applications to cancer and autoimmune diseases. Tykocinski serves as scientific advisory board chair for KAHR-Medical, the Israeli biotech company he founded in 2007 for fusion protein pharmaceuticals. Tykocinski’s scientific contributions also extend to the development of novel cell therapy strategies and the engineering of a novel class of mammalian gene expression vectors now distributed worldwide. He holds a series of research patents in the fields of molecular and cellular immunology, and is a Fellow of the National Academy of Inventors.

Tykocinski is past president of the American Society for Investigative Pathology (ASIP/FASEB) and the Association of Pathology Chairs.

He has been on the editorial boards of the American Journal of Pathology, Molecular Oncology and Genetics Research, and was honored with the Warner-Lambert/Parke-Davis Award for Outstanding Research from ASIP/FASEB.  Recently, Tykocinski has received prestigious lifetime achievement awards from the Philadelphia County Medical Society (2017 Strittmatter Award) and the Philadelphia-Israel Chamber of Commerce (2019), and was recognized with a Distinguished Alumnus Award from NYU School of Medicine.

Pulitzer Prize-winning journalist and author George Anders will give the keynote speech at Washington & Jefferson College’s 2018 Commencement Ceremony on Saturday, May 19. Internationally...