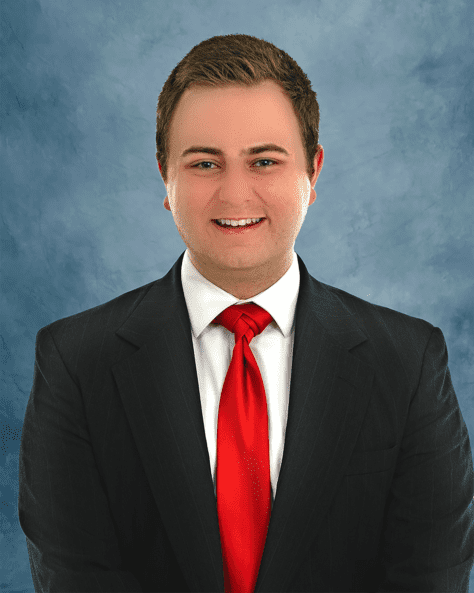 WASHINGTON, PA (November 16, 2021) Though voters cast their ballots just days ago, Junior Nickolas Bartel had them in mind back in August, when he spoke to Pennsylvania Congressional leaders about student election participation.

Bartel’s testimony resulted from a fellowship with the Campus Vote Project—an ongoing effort by the Fair Elections Center to reduce barriers to student voting, and something Bartel learned about through W&J’s Student Government Association and the Western Pennsylvania Voting Summit.

A Spanish, Environmental Studies, and Political Science triple major, Bartel was a natural fit for the project and started the W&J Student Voting Coalition to get involved. After months of work, Pennsylvania State Coordinator Chuck Black persuaded Bartel to testify to the Pennsylvania Legislative Reapportionment Commission about re-drawing district lines on college campuses.

“After speaking with students from around the state, there is a clear and present need for this commission to ensure that colleges, technical schools, and other higher education centers are not broken up into multiple districts, as they are a vital community of interest,” Bartel said in his testimony to the commission on August 3.

“Apparently, it made an impact,” Bartel said, noting that congressional leaders have since referenced his testimony in legislative sessions. Though he acknowledges that more needs to be done, looking back at his efforts, he’s confident that more can be.

“I think the thing I’ve learned the most is that there’s a lot of information out there that’s publicly accessible, however it requires people—and there’s a need in the community for people to gather [voting] information,” he said.

He added that his experiences at W&J helped him learn that lesson and prepare him for his congressional testimony.

“I took a public speaking class with Dr. Nicholas Maradin, [a visiting assistant professor of communication arts], and there were a lot of things I learned within that class that helped me to convey my message in a clear and persuasive manner,” Bartel said, also noting that his experience with the software, “Policy Map,” from a sociology class taught by Dr. Corey Young, the Director of the Center for Energy and Policy Management, proved beneficial.

As proud as Bartel is of the work he did last summer, he’s currently looking toward the future.

After graduating from W&J, he wants to pursue the Peace Corps or begin the application process for a research-based Fulbright program before heading to graduate school.

Energy Lecture Series to Take a Look at Nuclear

W&J Students Help to Get Out the Vote

W&J students have worked hard to make Election Day 2016 a success for all parties.