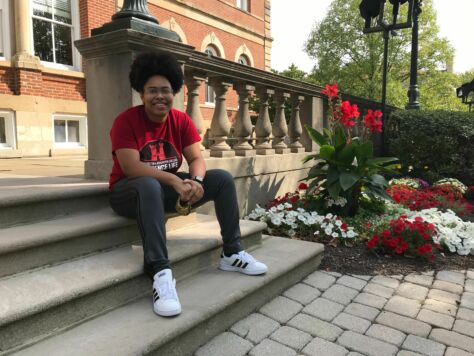 WASHINGTON, PA (Sept. 29, 2020)—With a passion for history and a penchant for programming, Jakerra Lance ’22 found a new way to share her talents via a Research Experience for Undergraduates (REU) with the University of Austin Texas through the National Science Foundation (NSF).

For 9 weeks this summer, the W&J CIS and history double major worked remotely on an independent visualization project with the Cyberinfrastructure Research 4 Social Change REU site to create a virtual reality historical learning experience about the Attica Prison Riot.

“I took Dr. Kieran’s class on prison, race and crime, and it brought my attention to what happened in Attica,” Jakerra said of her inspiration to create a virtual program educating others on the standoff that took place at the prison in 1971.

During the riot, inmates from the correctional facility in Attica, New York, took control of the prison in an attempt to negotiate for better living conditions. When negotiations fell apart, Gov. Nelson Rockefeller ordered police to take back control of the prison. Police use of excessive force resulted in many casualties, including the deaths of hostages and inmates who were not resisting police control.

Jakerra presented her work at the REU Poster Symposium, and her experience working on the project and presenting to researchers in the field confirmed Jakerra’s interest in research while showing her a new path for her future.

“It helped me solidify what I was thinking about for my next steps,” Jakerra said. “At first, I had no plans to go on to graduate school, but along with researching, the REU gave us ways to plan to go to graduate school. It set me up to do adult things and gave me a new prospective on where I could go for the future.”

One of those places is Carnegie Mellon University, where at the suggestion of her advisor Amanda Holland-Minkley, Ph.D., Jakerra participated in a virtual Public Service Weekend surrounding public interest technology. Jakerra earned a scholarship and cash prize for her entry in the weekend’s moonshot idea project, which tasked the undergraduate students in attendance to come up with a resource to help mitigate instances of police brutality. Jakerra’s group pitched an app called “Blue Rate” which would allow those who interact with police officers to rate their experience. The app would then aggregate data from these ratings into information about officers and the departments they represent. The group was among the top three for the weekend.

“I have an interest in history that’s not really seen too much. Plus, I’m a double major in history and CIS. I like to do things that combine that,” Jakerra said. “With my REU, I was able to tell a story that wasn’t known. With the public service weekend, I was able to use my background to examine how things are now and come up with a way to try to fix it.”

Jakerra intends to continue her work with public interest technology following her time at W&J.