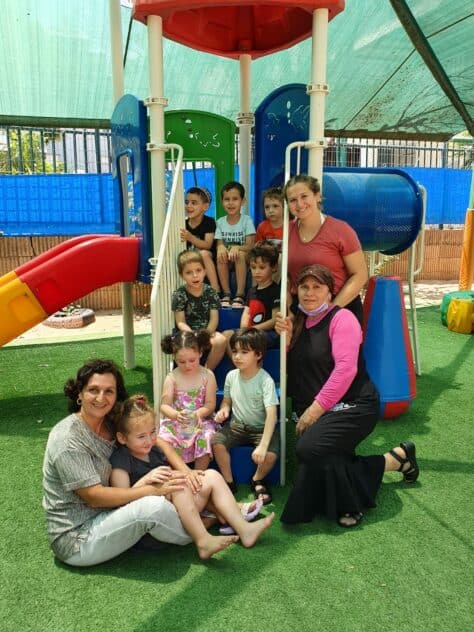 W&J senior and instructional intern brings back lessons from Israel

“It was amazing,” Nudelman said, noting that she did a bit of everything at the school. “Just in the two months that I was there, some of the kids progressed. There was this one girl who was non-verbal, and by the end she was saying a couple of words here and there.”

Nudelman credited the Israeli public school system for that success, as Gan Bien Carmim Vsedot only teaches students with ASA, provides its students access to a number of specialized staff, including physical, occupational, and psycho- therapists, and guarantees them 14 hours of treatment each week.

She felt that the individual attention given to Israeli students differed from her own experience in American classrooms, noting that in the United States care for students with special needs is often privatized and expensive.

“Personally, I have ADHD and anxiety, and very often growing up, I was thrown into the same classroom with kids with autism, and we were just completely different in our abilities. So, it was just really amazing that they were able to meet these kids at their level,” she said.

Thanks to her time and education at W&J, Nudelman said that she was able to do the same.

“I’ve taken a lot of psychology courses here and they definitely prepared me for it,” she said. “Having abnormal and developmental psychology, and having all of my different classes gave me knowledge that I could build on while working there.”

Though she discovered the internship through an advertisement placed by the Jewish Federation of Cleveland and the Israel Experience, Nudelman said faculty at W&J gave her the extra push to go.

“I talked with a bunch of my professors about it,” she said, noting that Dr. Timothy Klitz and Cathy Petchel, both professors of psychology, were particularly influential. “It wasn’t even necessarily about the process; it was more like a mentor thing.”

Despite their advice, the language barrier occasionally created obstacles for Nudelman.

“It was sometimes very difficult because they spoke no English and I spoke very little Hebrew,” she said.

“It really made me realize my passion,” she said. “Being able to see how their education system is made me realize that I want to be able to bring something like that to America.”

WASHINGTON, PA (March 23, 2022)—W&J junior Sydney Hirst may not be a student athlete, but after spending the summer in the Westmoreland County Public Defender’s...

WASHINGTON, PA (January 24, 2022)—Unlike the fictional beings that grant wishes for others, real-life “gene-y” and W&J alumna, Ashley Kunkle ’21, is working to make...