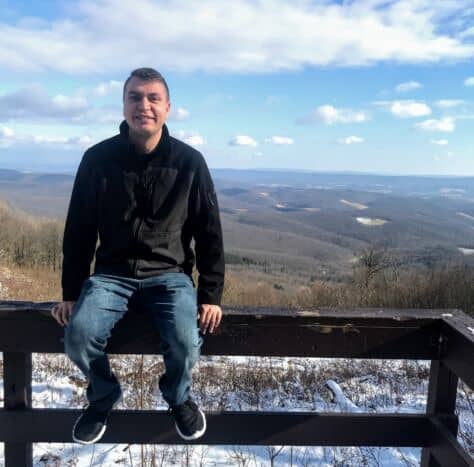 WASHINGTON, PA (Oct. 23, 2020) – When COVID-19 altered Erik Blasic’s summer plans to complete an internship, he decided to make an opportunity of his own.

This year, the Washington & Jefferson College (W&J) history major and economics minor became the second W&J history student to earn the Gordon E. Swartz History Fellowship to fund his work. Initially, he planned to use the $5,000 award to supplement his summer internship but found himself instead planning an independent research project inspired by an economics project he began in Dr. Rob Dunn’s Econometrics class this past spring. Erik decided to take the idea of a statistical economic analysis and marry it with his passion for history, prompted by another W&J class he took – War and Society with Dr. David Kieran, examining the culture around war. Erik set out to research the cross-section of military and civilian life and study statistical significance in Army recruitment.

“The volunteer Army that we have now has this bad rap that we think that lower income individuals go into the military because they don’t have any other options. I looked into that to see if it was true,” Erik said, noting that this research showed that the Army has moved into a middle-class classification. He noticed another trend, though.

“What I did find out is the data showed that Army recruiting—and not just Army, but also Navy, Marines, and Air Force—disproportionately takes place in the regional south compared to other U.S. regions. The southern states are over-represented as military recruits over any other region,” he said.

Erik’s project now is to ask why. Using the Swartz Fellowship funds, he was able to access ArcGIS software, allowing him to map Army recruitment by examining the density population of active army members, veterans, and base locations on separate and overlaying maps. The maps showed that all three are more common in the south.

“The familiarity is a common factor of why the south is overrepresented,” Erik said. “If you know someone in your family has served, you’re more likely to serve yourself. So, if there are more veterans in the south, it makes sense that more recruits join.”

Erik is including this and other findings in a research paper he’s compiling with Dr. Kieran in an independent study course that will serve as his Capstone project as he prepares to graduate this December.

The study is a prime example of the opportunities that Erik has had as a student at W&J. Erik shared that the project is a culmination of his other courses and the ability he had at the College to forge his own path and combine his interests as he’s completed his education.

“This being my last semester, I’m coming down to that time where I’m reflecting on the past three and a half years and I’m thinking about how W&J has treated me, and I think the opportunities I’ve been presented at W&J have been opportunities I cannot see myself having at any other institution,” Erik said. “In their senior year, everyone has that state of mind, asking ‘What could I have done more?’ I truly believe there is nothing I could have done more. I’m happy with what I’ve done.”

Erik plans to attend law school following his graduation from W&J and pursue a career as a lawyer.

WASHINGTON, PA (Dec. 1, 2020)—Wes Pein ’16 is taking on a lot of firsts. The Washington & Jefferson College graduate and current University of Michigan…

Washington & Jefferson College is proud to announce the addition of 19 academic programs.