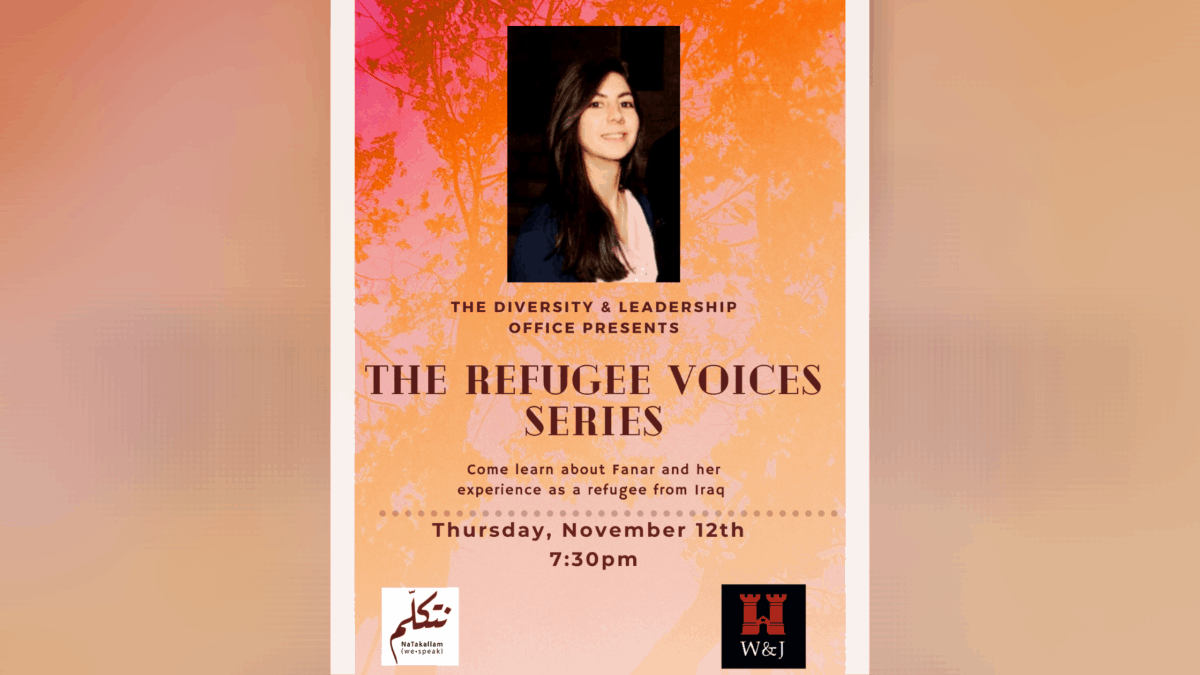 The W&J junior—who is majoring in International Studies, Spanish and Music and Conflict Resolution (a thematic major she designed)—has been instrumental in organizing a new lecture series through Washington & Jefferson College’s (W&J) Office of Diversity and Leadership Initiatives, bringing Refugee Voices to campus via webinar. Clara found the opportunity through connections she made this summer when she earned the U.S. Department of State’s Critical Language Scholarship.

After attending the Department of State’s Critical Language Virtual Institute to study Arabic, Clara became part of the alumni group for the scholarship where a peer introduced her to NaTakallam, an organization that works directly with refugees globally to allow them to share their experiences with others. Clara recognized an important opportunity for widening perspectives in the W&J community, and began working with Director of Student Engagement Kellin Cavanaugh to plan virtual campus events.

“I knew this partnership was something that W&J needed because I didn’t know of any events that focused on refugees, so I reached out to Kellin to ask if we could do that,” Clara said. “I thought this could be a great way for students to get engaged during the remote learning period, not only with each other, but also with the larger global community.”

During the first talk, held Oct. 15, Afghani refugee Sayed Adiban shared his experience as a refugee who was forced to flee to Iran to escape the Taliban when he was nine years old. Adiban detailed the struggles and loss he has suffered, having several friends and family members killed and moving from country to country to avoid his own death. Currently, Adiban resides in Indonesia under refugee status, but he’s greatly limited by that status and is unable to work, attend college, or even drive a car.

“I think hearing from Sayed was beneficial for the W&J community. A lot of us have read about the war in Afghanistan, but we haven’t heard about it from someone who experienced it firsthand. Listening to Sayed—for me, at least—the conflict became more real. He helped to humanize this worldwide refugee crisis, which is often reduced to mere statistics,” Clara said. “We are in a country founded by immigrants, for immigrants. It’s really important to hear from people who have had this experience we might not have had so they don’t see them as ‘the other’ but as human beings.”

The next Refugee Voices series event is Nov. 12 at 7:30 p.m. and is open to W&J alumni, faculty, staff and current students.

Making adjustments: How getting involved helped one student cope with culture shock

Coming to Washington & Jefferson College (W&J) from a mostly-black and Hispanic neighborhood on the north side of Houston, Texas, communication arts major Darious Singleton...

W&J has expanded its academic offerings to include four graduate programs, all of which are now enrolling.