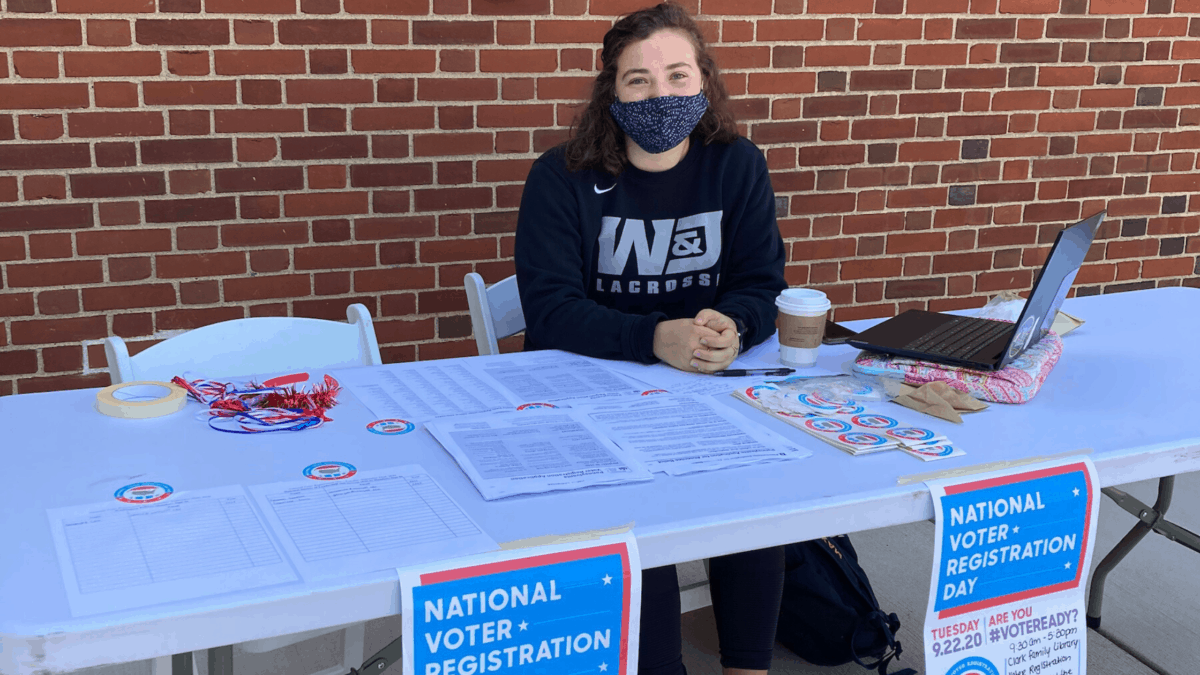 WASHINGTON, PA (Nov. 5, 2020)—The 2020 presidential election is just one of the stories that’s dominated the news cycle this year and W&J students have been paying attention to its importance. But it’s not a candidate they’re focused on; it’s the importance of voting itself – and they decided to do something about it.

Members of the Student Voting Coalition have spent much of the fall semester organizing non-partisan events to encourage their peers to get registered and get out to vote. In October, the group hosted a Student Voter Forum featuring student speakers from across the political spectrum talking about the issues facing college students today.

In their push for voter awareness, the organization  teamed up with national organization Campus Vote Project, securing a $1,000 grant to fund voter turnout and education initiatives on campus.

“I got connected with the Campus Vote Project when I attended the PA Student Voting Summit that was put on at the University of Pittsburgh this past February. At this summit, they were reaching out for students to apply as a Democracy Fellow. After that, over this summer, we started to develop the W&J Student Voting Coalition into what it is today,” said W&J Student Voting Coalition President Nickolas Bartel. “At the PA Student Voting Summit this fall, the Students Learn Students Vote Coalition was offering national level grants for colleges to apply to. After filling out the application which consisted of several boilerplate questions such as, ‘What does your group plan to do with the funding?’ and basic questions about the campus, we heard back that we were awarded the $1,000 grant.”

The funds allowed the Student Voting Coalition to start several voting initiatives on campus designed to get out the vote. They plan to continue their outreach to promote voter education and encourage voter registration and turnout for the 2021 primaries.

In addition to the grant award, four W&J students were named Campus Vote Democracy Fellows for the state of Pennsylvania. In their role, students have various responsibilities, including promoting voter education on social media and organizing on-campus events to help students better understand their right to vote. The students even built a website with pertinent voting information for W&J students. Get to know our Democracy Fellows below! 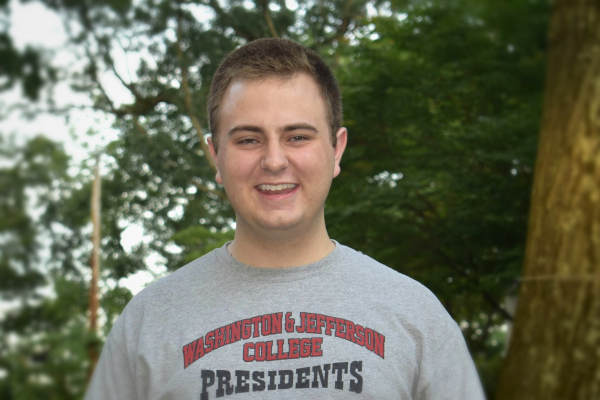 Nickolas Bartel ’23
Political Science, Spanish, and Environmental Studies Major
Campus Activities: President of the Student Voting Coalition and the Community Service Chair for Alpha Phi Omega
Nick says: “President Lincoln wrote that we were a government of the people, by the people, for the people. We do not have a system today that is by the people nor for the people as it suppresses the right to vote instead of lifting up our voices. Some states, such as in Wyoming, you need a notary to sign in order to just send in an application by mail to be registered. This unnecessary difficulty has led to voter apathy right here at W&J. In the 2018 midterms, a report from Tufts University reported that about 2 of every 3 eligible students chose not to vote. That is over 1,000 students who decided somewhere along the way it was no longer worth it. That it was too convoluted. That their voice didn’t matter. I want to work to empower students to be make it simple and easy to be well-informed voter.” 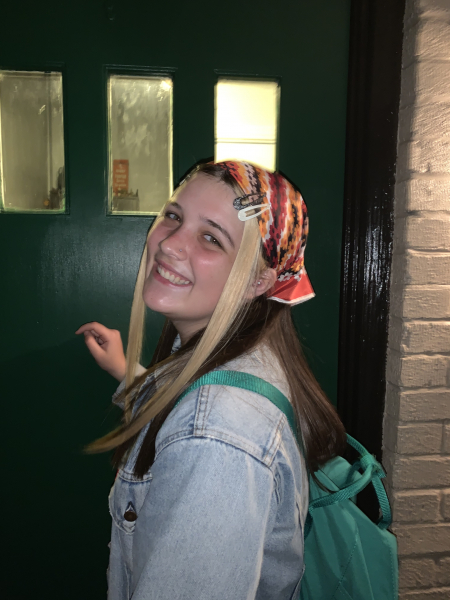 Julie Shannon ‘21
International Studies and Music Major, Chinese Minor
Campus Activities: LINK Mentor, Chinese PAL Tutor, Student Supervisor of Admission, President of the Order of Omega Greek Honor Society, Vice President of Operations of the Pi Beta Phi women’s fraternity, Vice President of JayBirds A Cappella Choir, Historian of the Student Theatre Company, Senior Class Representative of the Student Government Association, committee member for SGA’s COVID-19 Student Advisory Committee and Entertainment Committee, and member of Washington Fellows, Camerata Singers, the National Society of Leadership and Success, Alpha Mu Gamma Foreign Language Honor Society, Alpha Psi Omega Theatre Honor Society, Pi Gamma Mu International Honor Society in Social Sciences, College Democrats, and Student Voting Coalition.
Julie says: “As a LINK Mentor, I understood that I had an obligation to give not only my first-year students, but all first-year students, the resources they needed to understand the processes of registering to vote, applying for an absentee ballot, applying for a mail-in ballot, etc. I have spent a lot of time one-on-one talking with and helping these first-time voters. Promoting the right to vote is important to me because I know how many Americans, specifically women and people of color, spent their entire lives fighting for suffrage. I know that it is a privilege that I am able to participate in our democracy and vote in elections. I want to share my passion for voting with others and help people understand that their vote really does matter.” 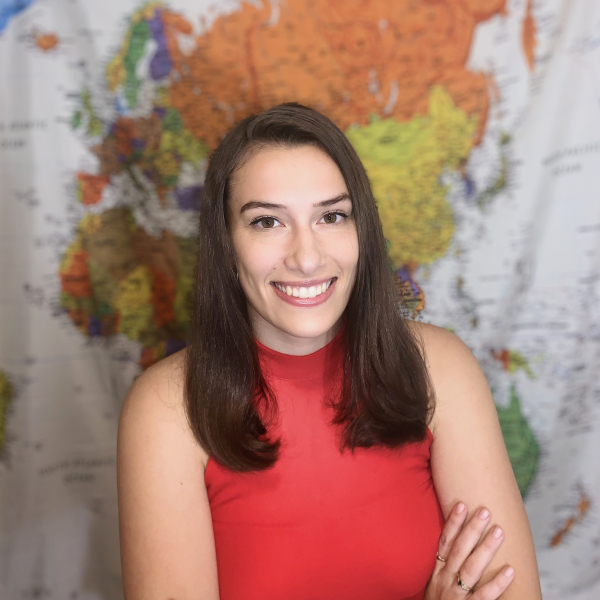 Clara Sherwood ’22
International Studies, Spanish, and Music & Conflict Resolution major
Campus Activities: Captain on the Women’s Lacrosse Team, a member of SAAC, a Matthew Brown Fellow, a member of Washington Fellows, and occasional singer with the Jazz Band
Clara says: “As a Democracy Fellow we are supposed to promote (in a non-partisan fashion) voter education and student participation in elections. Promoting the right to vote is important to me because I know that student issues won’t be addressed by our representatives without student votes.” 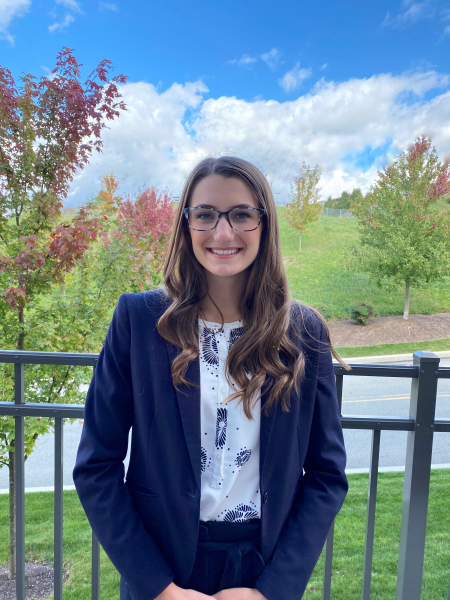 Graycen Vitale ’20
Psychology major and Gender and Womens Study minor
Campus Activities: Student Ambassador at the Office of Admission, Democracy Fellow Campus Vote Project, Greek Life- Kappa Kappa Gamma, Outdoor's Club, Neuman Club, raising a service dog on campus
Graycen says: “To promote and engage college students in the voting process, I specifically ran a Greek Life Voting Competition, and the winner will be announced by the end of the week! Promoting voting is important to me as a college student because I want young adults who are still in school, voices to be heard.”

The Twitter statement reads, “We at Washington & Jefferson College stand with the Asian American community in these difficult days. The Atlanta murders are a…

WASHINGTON, PA (January 10, 2022)—W&J psychology students have change on their minds. Or rather, they’re using the mind to create change.