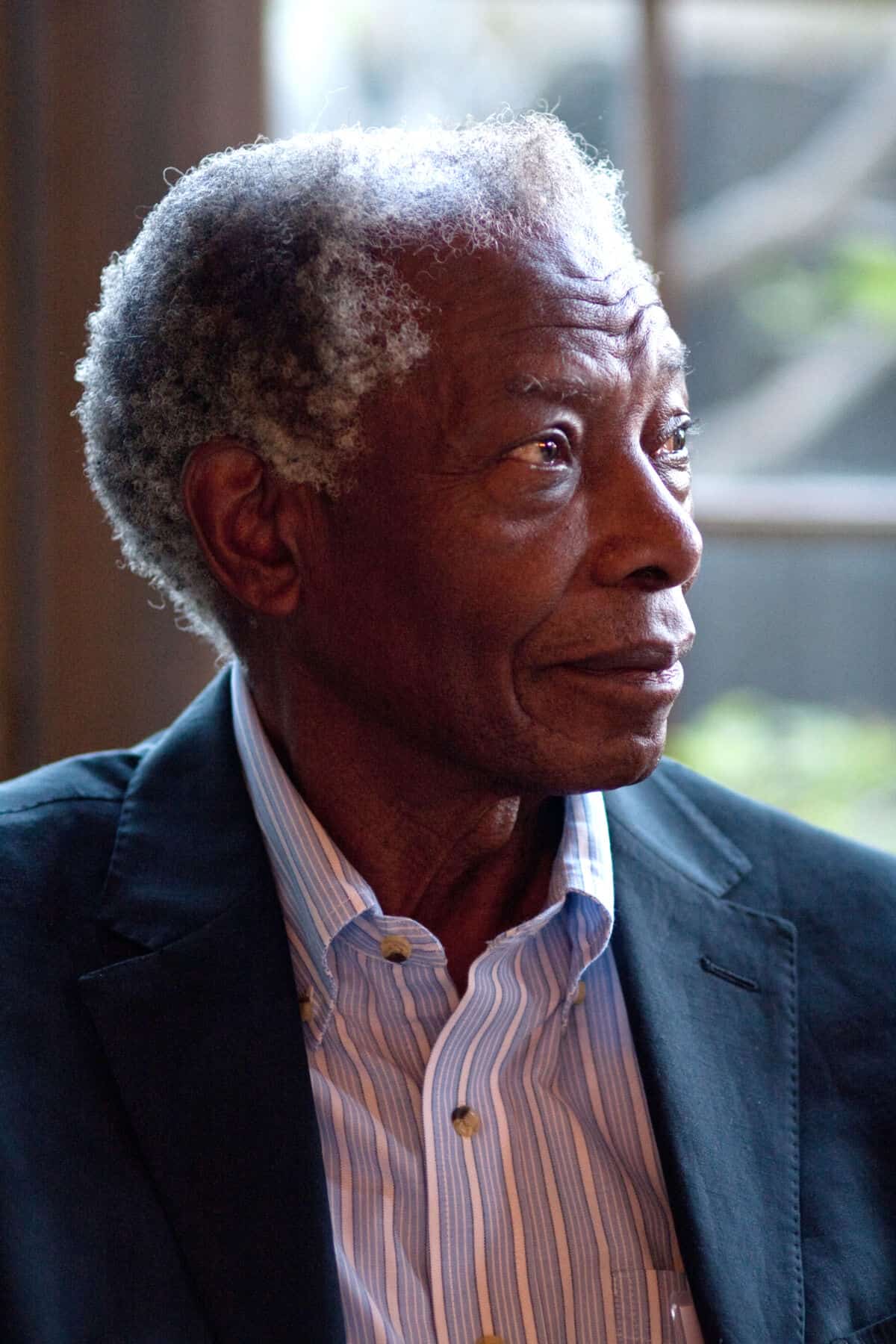 Due to state-mandated restrictions on crowd size during the Coronavirus pandemic, a private dedication ceremony will be held Oct. 2. A video-recording of the ceremony and an interview with Dr. Cooper will be publicly available after the event. Dr. Cooper, still active in the W&J community at 92 years old, plans to attend the ceremony with his family.

“Dr. Cooper’s remarkable legacy spans nine decades, but his passions still lead back to Washington & Jefferson College,” said W&J President John C. Knapp, Ph.D. “His portrait and life story will be displayed in the common area of the residence hall as an inspiration to generations of first-year students who begin their W&J journey in that location.”

A native of Clairton, Pa., Dr. Cooper majored in chemistry and was a star athlete and student leader at W&J. In 1949, he and other students organized sit-ins to protest segregation in the City of Washington. Dr. Cooper went on to become the first Black student at the University of Rochester to earn a Ph.D. in physical chemistry and was immediately hired by Eastman Kodak, where he spent 30 years advancing science. An inventor with three patents, he was recognized with the Chevalier of the National Order of the Republic of Mali for his work to improve the health, agriculture, and economy of the developing world.

Dr. Cooper was heavily involved in community development and civil rights issues from an early age and served as president of the Rochester NAACP. Following the 1964 Rochester race riots he founded the area’s first chapter of the Urban League in 1965. At the height of the civil rights movement he worked with leaders including Martin Luther King, Jr. and Malcolm X, and in 1964 took a leave of absence from Eastman Kodak to form an anti-poverty agency called Action for a Better Community (ABC). He was also a leader of the Baden Street Settlement, a non-profit organization working with northeast Rochester residents to improve their quality of life.

He served on W&J’s Board of Trustees for many years and was elected Trustee Emeritus in 2000. The College conferred on him an honorary Doctor of Science degree in 1987. He also served as a Regent of the State of New York, and his efforts to improve education were recognized by the Rochester City Schools when an elementary school was named Dr. Walter Cooper Academy. The University of Rochester recognized his “outstanding achievement and notable service to the community, state and nation” with its 1994 Hutchison Medal. In 2008 the university awarded him its Frederick Douglass Medal for his work “to open opportunities for all people in corporate America, in classrooms and in the world.”

WASHINGTON, PA (July 6, 2020)–Though our Commencement festivities have been postponed, we’re still excitedly celebrating the Class of 2020 and all of their accomplishments. As…

Olin Art Gallery to host Here and There exhibit in February

Washington & Jefferson College (W&J) alumna and adjunct faculty member Emily Sciulli ’10 is returning to her roots to display her exhibition, Here and There,...