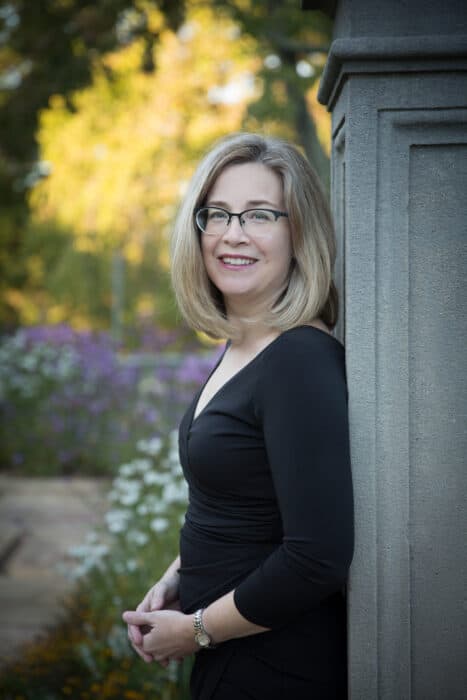 Corinne Fink-Adkins is an eclectic pianist with vast performance history.  Corinne has been performing since a young age and accompanying choirs since 6th grade. As a professional vocal coach/accompanist she has performed with hundreds of vocalists, including international opera singers (Isola Jones, Renee Fleming) and Broadway stars (John Cudia, Kathy Voytko). Locally, Corinne was on staff as a Performance Coach /Accompanist for 16 years at Duquesne University and has worked for the Pittsburgh CLO (Gallery of Heroes, CLO Academy, summer touring musicals) and Point Park Dance Academy.

Ms. Fink-Adkins has her BMus in Piano Performance from Houghton College and her Masters in Accompanying from East Carolina University.  Corinne has her Colleague Certificate (CAGO) and is an active member in the American Guild of Organists.  As an organist and Music Director, Corinne has been active in church work for over 30 years. Corinne is currently Music Director/Organist at Glenshaw Presbyterian Church.  During the last thirty years, she has also maintained a private piano studio, teaching pianists of all levels.  Corinne enjoys occasionally being an adjudicator for various local piano competitions.

Ms. Fink-Adkins has been a soloist with orchestras and performed as a member of the orchestra with the Brevard Faculty Orchestra, Erie Philharmonic, Westmoreland Symphony, and Wheeling Symphony.  She toured Italy as the pianist of The Point Chamber Orchestra in 2006. In 2015, Corinne directed The Women’s Chamber Choir in England and France in conjunction with the Pittsburgh Youth Chamber Orchestra. Currently, Ms. Fink-Adkins is an Adjunct Professor of Piano at Washington and Jefferson  College (W&J.)  Along with the W&J College Choir, she accompanies Belle Voci, Fox Chapel HS, and Shaler Area HS Choirs.  Corinne, along with Alaine Fink, performs as the duo The Fink Sisters. The four-hand duo performs in various combinations on piano and organ.  You can visit them on www.FinkSisters.com. Corinne, her husband, Bryan, and their son, Blair, happily live in Glenshaw, PA.